Relatives of the Liberian man being treated for Ebola in Dallas are under a forced quarantine after defying previous orders to stay home, Texas officials confirmed Thursday.

The “strict public health control order” was put in place after a member of Thomas Duncan’s family in northeast Dallas reportedly violated earlier requests to stay indoors and not allow any visitors to enter the home.

Four people are now under quarantine in the apartment, including Duncan’s partner, one of his partner’s children and two of her nephews. David Lakey, commissioner of the Texas Department of State Health Services, said the quarantine was put in place so health officials could monitor the family more closely, checking them for fevers multiple times a day for the next 21 days.

“We didn’t have the confidence we would have been able to monitor them the way that we needed to,” Lakey said. “There is a local law enforcement person at the apartment, in case individuals leave he can notify them, if they leave then you have the possibility of a formal court order.”

Officials confirmed in a press conference Thursday that contaminated sheets and towels used by Duncan while he was staying there had still not been cleaned or removed from the home. Duncan is now in serious condition at Texas Health Presbyterian Hospital in Dallas.

“There is a garbage bag of the man’s clothes and belongings, there is some household trash, and they had mattresses pushed against the wall,” Dallas County Judge Clay Jenkins said during the press conference. “I believe the household trash would consist of the sheets that he slept on.”

Lakey added that it has been difficult to secure a cleaning company willing to disinfect the quarantined apartment. “We are arranging for that apartment to be cleaned,” he said. “The house conditions need to be improved.”

According to a report in the Guardian, a company that specializes in cleaning medical waste was scheduled to come to the apartment Thursday afternoon.

In an interview with CNN, Duncan’s partner, who asked to be identified only by her first name, Louise, said she is worried and unsure how to get food into the apartment.

Jenkins said health officials are working to improve the conditions inside.

Officials in Texas are reaching out to up to 100 people who may have been exposed to the virus. 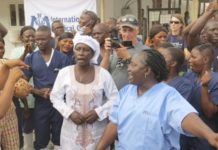 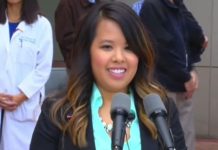 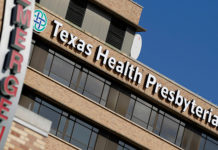