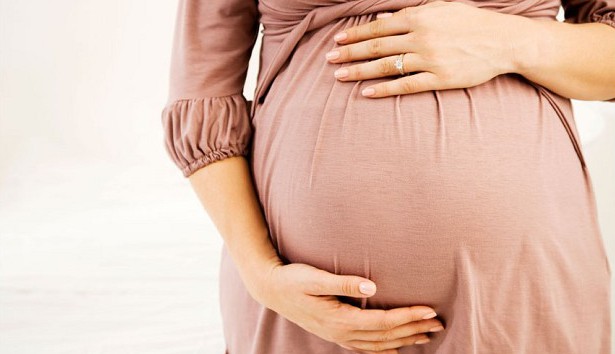 Iron deficiency, and its resultant anemia, is the most common nutrient deficiency, especially during pregnancy, affecting 40 – 50 percent of women and their developing fetuses. While sufficient iron intake is essential for pregnant and non-pregnant women alike, the physiological changes that accompany pregnancy greatly increase the body’s need for iron.

Iron is essential for making hemoglobin, the protein in red blood cells that carries oxygen to other cells. During pregnancy, the amount of blood in the body increases until there is almost 50 percent more blood volume than usual. Pregnant women need more iron to make more hemoglobin for all that additional blood; extra iron is also needed for the developing fetus and placenta.

“All three of these pathways have been associated with autism,” she adds.

In 2011, Dr. Schmidt and colleagues were the first researchers to link supplemental folic acid with reduced risk for autism spectrum disorder (ASD). Their finding was subsequently replicated in larger studies.

In their new study – the first to investigate a link between iron intake and risk of autism – the researchers analyzed data from 866 mother-child pairs who were enrolled in the Northern California-based Childhood Autism Risks from Genetics and the Environment Study between 2002 and 2009. Their findings are published online ahead of print in the American Journal of Epidemiology.

Among the children enrolled in the study, 346 were diagnosed with ASD and 520 were classified as ‘typical development.’

The maternal daily iron intake of the participants was recorded as part of the study, as were data on vitamins, nutritional supplements and breakfast cereals consumed by the mothers while pregnant or breastfeeding.

The team found that mothers of autistic children were significantly less likely to have used iron supplements during pregnancy. These mothers also consumed less iron from dietary sources and had lower average iron levels than the mothers of non-autistic children.

Overall, low maternal iron intake was linked with a five-fold greater risk of autism for mothers aged 35 or older at the time of childbirth, and for mothers with hypertension or diabetes. The association between iron intake and autism remained significant after accounting for factors such as maternal folic acid intake, home ownership, and the child’s birth year, the researchers found.

“The association between lower maternal iron intake and increased ASD risk was strongest during breastfeeding, after adjustment for folic acid intake,” adds Dr. Schmidt. “Further, the risk associated with low maternal iron intake was much greater when the mother was also older and had metabolic conditions during her pregnancy.”

The potential link between iron deficiency and offspring autism risk is alarming, given the high prevalence of iron deficiency during pregnancy. “However,” says Dr. Schmidt, “we want to be cautious and wait until this study has been replicated.”

“In the meantime, the takeaway message for women is do what your doctor recommends. Take vitamins throughout pregnancy, and take the recommended daily dosage. If there are side effects, talk to your doctor about how to address them,” she adds.

Schmidt talks about the team’s findings further in the video below:

It’s important to point out that, although the findings suggests an association between iron deficiency during pregnancy and increased autism risk among offspring, this does not mean that iron deficiency causes autism. The exact causes of autism are still unknown, but experts say children’s risk of the disorder is determined by numerous environmental and biological/genetic factors. In fact, a recent genetic analysis conducted by researchers at Carnegie Mellon University revealed that the majority (more than 60 percent) of autism risk is genetic.

Researchers have also recently discovered that structural differences in the brain may play a key role in the development of autism. For instance, in a study published in August, researchers discovered that children and adolescents with autism have too many synapses in their brain due to a lack of pruning, which is thought to affect brain functioning. Another recent study suggests that early cerebellar injury is associated with an increased risk of autism.

On the other hand, scientists have also recently ruled out several potential risk factors for autism. Just last month researchers from Massachusetts General Hospital published the largest study of its kind, showing that the supposed link between anti-depressants and autism was actually due to the depressive symptoms alone — not the medication to treat them. Another investigation — looking at the risk of autism among children born to mothers who used assisted reproductive technology — found that offspring autism risk is not influenced by assisted reproduction.

Another thing that definitely does not increase the risk of autism? Childhood vaccinations.