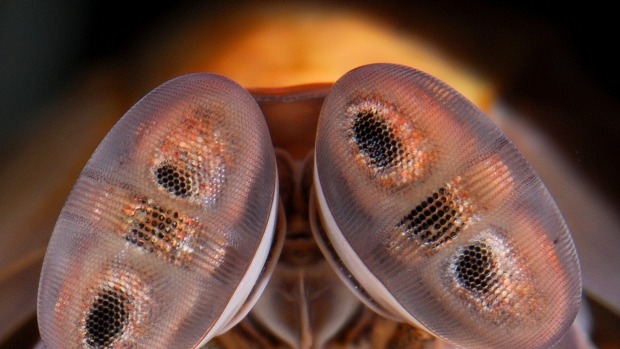 Mantis shrimp eyes are inspiring the design of new cameras that can detect a variety of cancers and visualise brain activity.
University of Queensland research has found that the shrimp’s compound eyes are superbly tuned to detect polarised light, providing a streamlined framework for technology to mimic.
Professor Justin Marshall from University of Queensland’s Queensland Brain Institute said cancerous tissue reflected polarised light differently to surrounding healthy tissue.
And by using shrimps’ eyes as a model for new camera technology, Professor Marshall said the research provided real diagnostic
“What we can do is use that to specifically design cameras to look for polarisation contrasts and it turns out that one of the things that do contrast in polarisation is cancerous cells,” he said. 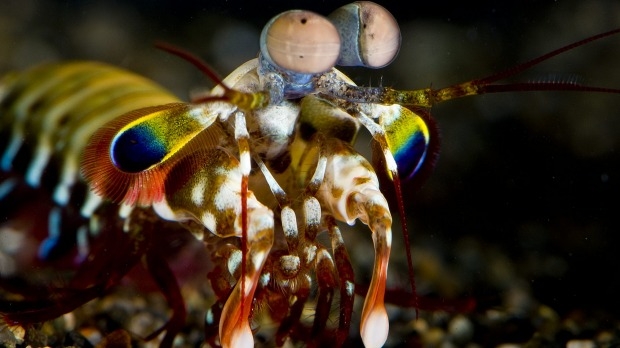 Professor Marshall, who described his professional life as “trying to get in the head of another animal”, said other animals’ views of the world differed greatly from humans.
“We only think about that when we put on a pair of polarising sunglasses or maybe look through a camera that has a polarising filter,” he said.
“Animals in the natural world have been doing this for millions of years and that means we can learn from nature’s engineering, the evolution of these systems.
“Specifically for this project, what we’ve noticed is mantis shrimps spend quite a bit of time looking for contrasts in polarisation rather than colour.
“We’re a colour-vision animal and we look at things in colour, so we notice a red apple in a green tree for instance.
“Other animals actually do this, but in polarisation.”

Professor Marshall said the results were like “seeing the invisible”, or “making more visible the almost invisible”.
“This is important for potential diagnosis. At the moment, the guys in the States are working pretty hard on endoscopy and looking at colon problems,” he said.
“There’s also potential there for skin and brain use and we can even use the system to image brain activity.
“Aside from the cancer part of this story, you can see nerve cells firing in polarisation that you can’t see normally.
“By tapping in to this visual system that animals have and we don’t have, we can improve our own technologies in different areas.”

Professor Marshall said the complexity of the shrimps’ vision systems challenged human preconceptions about evolutionary superiority.
“It’s interesting that they’ve got little brains and we’ve got big brains and we tend to think we’re the pinnacle of evolution and the world appears to us the way it is and that’s it,” he said.
“That’s clearly not the case and there’s animals out there using all sorts of information that we don’t have access to.”
Theoretically, the research could lead to the redesign of smartphone cameras, allowing people to self-monitor for cancers and reduce the burden on health systems, Professor Marshall said.

The Australian Research Council, the Asian Office of Aerospace Research and Development and the US Airforce Office of Scientific Research are funding the work.

The research, Bio-Inspired Polarisation Imaging Sensors: From Circuits and Optics to Signal Processing Algorithms and Biomedical Applications, has been published in IEEE.