WITH the number of legal brothels in Queensland at an all-time high, there’s concern that cuts to health services could be putting the state’s sex workers at risk.

A new brothel, Lush, brought the tally up to 27 after it opened in Marcoola on the Sunshine Coast on July 4. “This is the highest number since the commencement of the licensing framework (in 2000),” PLA Chairman Manus Boyce said in the report. The report also noted concerns about a decrease in services at the Brisbane Sexual Health and HIV Service, also known as Biala House. “This has meant a greater reliance by sex workers on General Practitioners (GPs) for sexual health checks,” the report read. “One problem with this is that not all GPs are familiar with the requirements for conducting sexual health checks of sex workers.” The PLA says it will distribute information to sex workers to give to their GPs to help familiarise them with sexual health check requirements. The Queensland Government came under fire in July last year when it cut staff at Biala House – the state’s largest sexual health and HIV clinic – from 46 to 10. The PLA also received 42 complaints in 2013/14, of which 19 related to illegal prostitution. 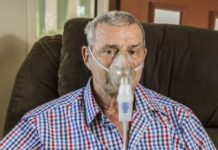