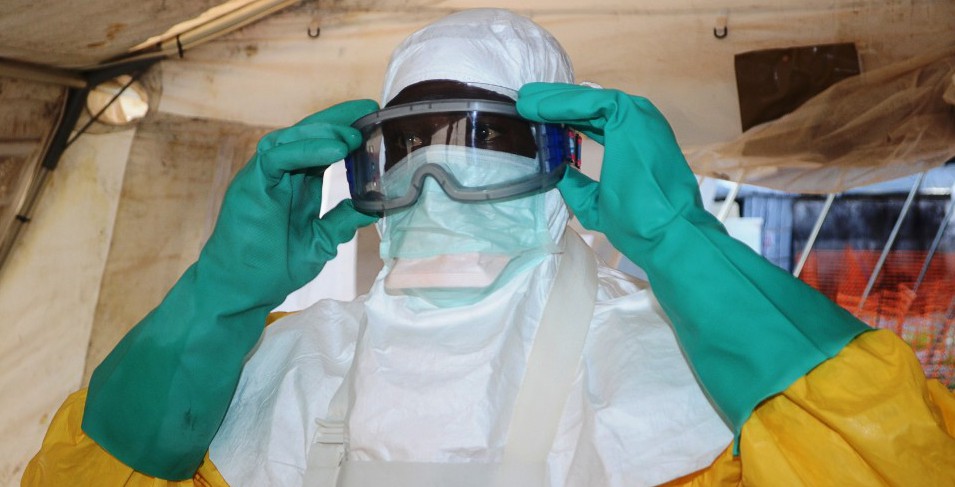 Between 550,000 and 1.4 million people in West Africa could be infected with the Ebola virus by January 20, 2015, according to a new report issued on Tuesday by the U.S. Centers for Disease Control and Prevention (CDC).

The top range of the estimate, 1.4 million, assumes that the number of cases officially cited so far, 5,864 according to the count kept by the World Health Organization, is significantly underreported, and that it is likely that 2.5 times as many cases, or nearly 20,000, have in fact occurred. This is consistent with several recent epidemiological analyses, as well as reports from the WHO indicating that the true scale of the outbreak has been “vastly underestimated” due to large numbers of hidden cases and ‘shadow-zones’  — Ebola-affected areas that are too dangerous or too remote to be reached by public health officials.

CDC emphasized that the projections, based on an epidemiological model that takes into account how many people each Ebola patient eventually infects (the reproductive rate) as well as other factors, is based on data available in August. They therefore do not account for the recently announced U.S. government Ebola relief effort, which includes sending 3,000 members of the armed forces to the Ebola-stricken region.

“Extensive, immediate actions – such as those already started – can bring the epidemic to a tipping point to start a rapid decline in cases,” CDC said in a statement. The CDC estimates that if 70 percent of people with Ebola are properly cared for in medical facilities, the epidemic could begin to decrease and eventually end. However, achieving that goal will require far more resources and manpower than has been available in the region.

A separate nine-month assessment published by WHO experts in The New England Journal of Medicine on Tuesday says the fatality rate of this outbreak in West Africa is 71 percent and that the “current epidemiologic outlook is bleak.”

It warns that without “drastic improvements” in measures to control its spread, the number of cases and deaths from Ebola is expected to continue climbing from hundreds to thousands per week in the coming months. If nothing changes, the cumulative number of confirmed and probable cases is expected to exceed 20,000 by November 2, the assessment said. 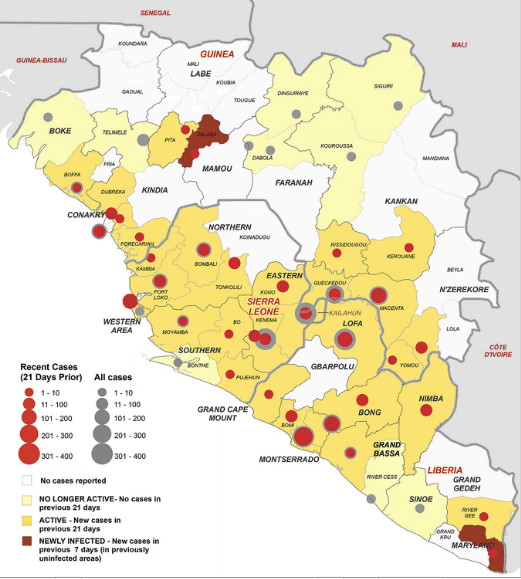 The map shows the districts that have been affected by Ebola virus disease in Guinea, Liberia, and Sierra Leone. Gray circles indicate the total numbers of confirmed and probable Ebola cases reported in each affected district, and red circles the number reported during the 21 days leading up to September 14, 2014 (NEJM).

Rather than this strain of the virus being particularly virulent, it said, the devastating course of this outbreak seems “likely to be a result of the combination of dysfunctional health systems, international indifference, high population mobility, local customs, densely populated capitals, and lack of trust in authorities after years of armed conflict.”

“Perhaps most important, Ebola has reached the point where it could establish itself as an endemic infection because of a highly inadequate and late global response.” The report warns that the global response must improve to meet the threat posed by this and future epidemics.

Another six-month report from WHO — which assesses the situation in three countries at the outbreak’s center, Guinea, Liberia and Sierra Leone — is dedicated to those health workers “who, as an expression of our innately shared human compassion, risked their lives, and lost them.”  In the six months since this outbreak was first formally reported in March, 337 health care workers have been infected, of whom more than 181 have died, WHO said.

The WHO’s six-month report on Guinea, where the outbreak began in a remote area, details how the virus first gained a grip on a vulnerable, frightened population ill-equipped to deal with the deadly disease.

Once Ebola was identified as the killer, a national and international response swung into gear. But each time it looked like the country might be at the point of controlling the virus, new flare-ups occurred. Just last week, Guinea confirmed that the virus had spread to a new, previously unaffected region of the country in the southeastern prefecture of Kerouane.

Some speculated that these were due to the strength of this strain of the virus. But the WHO report concludes it is more likely that Ebola was reintroduced “into Guinea — with its notoriously porous borders — from the large outbreaks in neighboring Liberia and Sierra Leone. 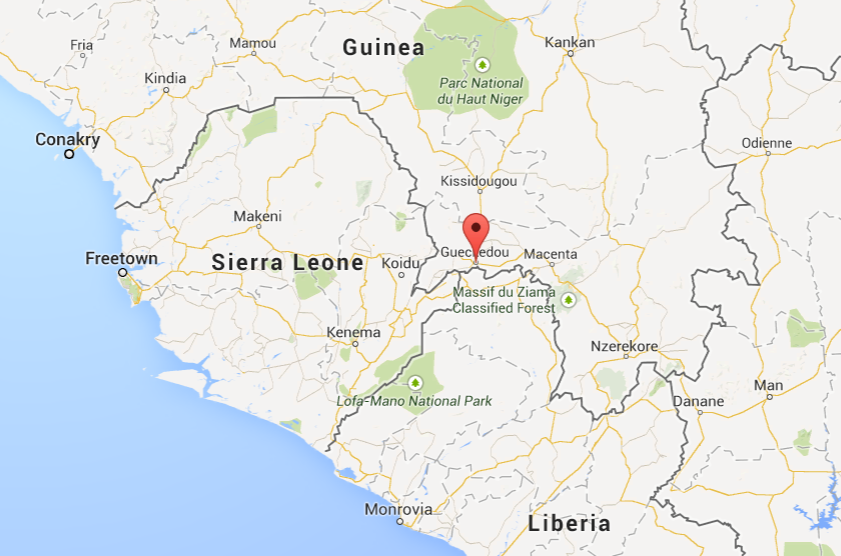 Experts say the outbreak started in a village in Guéckédou, in southeastern Guinea. The region’s porous borders allowed the outbreak to quickly grow out of control.

That conclusion suggests that controlling the virus in Guinea will not be feasible until its neighbors halt its spread. “On current trends, the prospects that this will happen anytime in the near future are distinctly not good at all,” the report said.

Meanwhile, health workers in Guinea have come under attack as they seek to educate the local population. “Today, one of the biggest barriers to control is violence from an impoverished, terrified and shattered population that does not understand what hit it and fights back the only way it can,” the report said.

‘Misery and hope’ in Liberia

WHO’s six-month report on Liberia summarizes the state of play as one of “misery and despair tempered by some good reasons for hope.”

The number of cases there is increasing exponentially, with 113 new ones reported over a single 24-hour period on one day last week, WHO said — a record number in any outbreak. At the same time, treatment centers are overflowing, and many patients are turned away.

“The true number of deaths will likely never be known, as bodies in the notoriously poor, filthy and overcrowded West Point slum, in the capital, Monrovia, have simply been thrown into the two nearby rivers,” the report said. 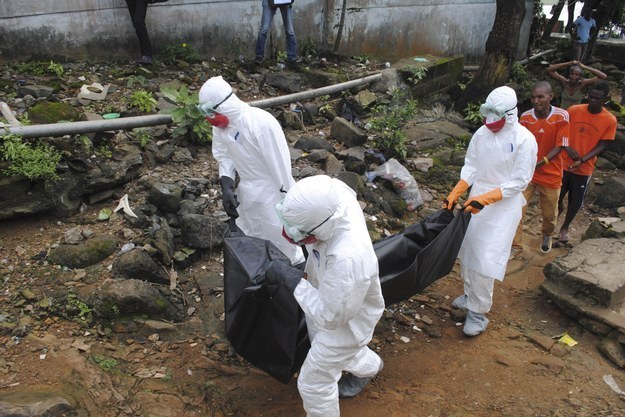 Health workers remove the body of a man whom local residents said died of Ebola in Monrovia, Liberia, in September (Reuters).

The capacity to deliver other basic health services, such as care for women in childbirth, has also been badly hit. Some experts estimate that malaria-related deaths may soon surpass those from Ebola, the report warns.

The signs of hope can be found in the opening of a new WHO-funded, 120-bed Ebola treatment center, it said. The U.S. government is also setting up a new laboratory that will speed up diagnosis.

As the Liberian government also works to set up more community care facilities in rural areas, the tide may start to turn. “Gradual, then likely dramatic, improvements can now be anticipated,” the report said.

The situation assessment for Sierra Leone explains how traditional burial practices helped the virus spread quickly there following the funeral of a respected local healer.

It also details the devastating toll the virus has taken on health workers and researchers who’ve sought to contain its wrath. “Sierra Leone’s most urgent needs include more treatment beds in much safer facilities, better contact training and follow-up, more personal protective equipment and body bags, and more properly protected teams to collect bodies and bury them safely,” WHO said. 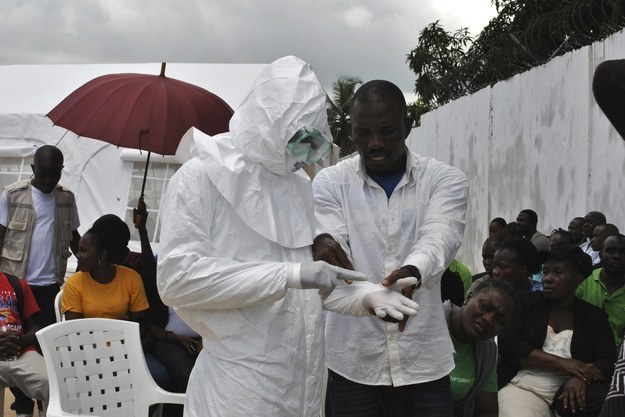 The deployment of international medical teams in West Africa, including from China and Cuba, may go some way to help.

Nigeria and Senegal, where the situation is judged “stable — for the moment,” are seen as success stories so far. They have shown that conventional methods such as early detection, tracing of those who’ve been in contact with infected patients, isolation and adequate supply of personal protective equipment can contain the virus, the WHO said.

“If Nigeria can control an outbreak caused by such a deadly and highly contagious virus, right from the start, any country in the world can do the same,” its report said.

Most importantly, says the WHO, is that we use this tragedy as a lesson:

The world is ill-prepared to respond to any severe, sustained and threatening public health emergency. That statement was one of the main conclusions of the Review Committee convened, under the provisions of the International Health Regulations, to assess the response to the 2009 influenza pandemic.

The Ebola outbreak proves, beyond any shadow of a doubt, that this conclusion was spot on.