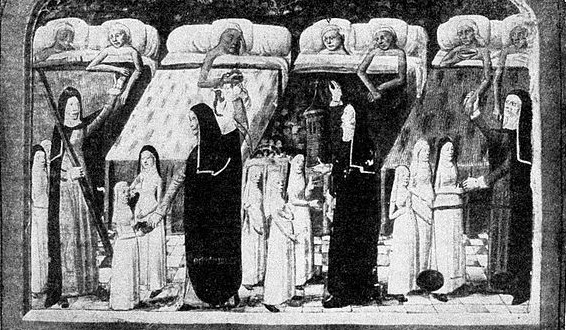 The inevitable, yet unpredictable, emergence of new infectious diseases represent an ongoing threat to the health and livelihood of people across the globe. And while dangerous new pathogens such as the Ebola virus invoke scary scenarios of deadly epidemics, scientists are increasingly looking to ancient scourges such as the bubonic plague for new insights on how the body responds to infections.

In a study published in the journal Immunity, researchers at Duke Medicine and Duke-NUS Graduate Medical School Singapore detail how the Yersinia pestis bacteria that cause bubonic plague hitchhike on immune cells in the lymph nodes and eventually ride into the lungs and the blood stream, where the infection is easily transmitted to others.

The insight provides a new avenue to develop therapies that block this host immune function rather than target the pathogens themselves — a tactic that often leads to antibiotic resistance.

“The recent Ebola outbreak has shown how highly virulent pathogens can spread substantially and unexpectedly under the right conditions,” said lead author Ashley L. St. John, Ph.D., assistant professor, Program in Emerging Infectious Diseases at Duke-NUS Singapore. “This emphasizes that we need to understand the mechanisms that pathogens use to spread so that we can be prepared with new strategies to treat infection.”

While bubonic plague would seem a blight of the past, there have been recent outbreaks in India, Madagascar and the Congo. And it’s mode of infection now appears similar to that used by other well-adapted human pathogens, such as the HIV virus.

Lessons from the past

These  findings come at a time of rising global concern about emerging infectious diseases, following a period of remarkable optimism during the 1960s and 1970s about humankind’s ability to conquer infectious diseases. Since 1980, approximately one to three new human infectious diseases have been identified each year; others have “re-emerged,” causing greater numbers of cases than before and/or affecting different populations and regions than in the past (e.g., dengue fever or Ebola), and others have developed resistance to available treatments (e.g., multi-drug resistant tuberculosis). In particular, the discovery of HIV/AIDS in 1981 marked a turning point in global consciousness about global vulnerabilities to emerging infectious diseases.

While modern scientific advances – such as microbial sequencing and phylogenetic constructions – are key tools in the fight to prevent future pandemics, historical information from past disease outbreaks has proven to be an invaluable piece of the puzzle. For instance, newly-discovered patterns in old outbreaks of childhood illnesses like polio and scarlet fever are helping researchers better understand the factors underlying transmission of modern diseases. By studying the geographic and temporal spread of past outbreaks of these illnesses, scientists are gaining crucial insights into how and why infectious pathogens spread among the human population, and what can be done to stop them.

In the new study, the Duke and Duke-NUS researchers set out to determine how ancient plague bacteria proliferate in the human body. Previous research has shown that the large swellings that give bubonic plague its name — the swollen lymph nodes, or buboes at the neck, underarms and groins of infected patients — can harbor harmful pockets of bacteria. If left untreated, plague bacteria from buboes can spread to the bloodstream — leading to septicemic plague — and/or the lungs, leading to pneumonic plague.

Plague bacteria ‘turn the immune cells against the body’

Building from this research, the Duke team wanted to know whether the development of buboes result from the pathogen itself, or from an immune response.

It turns out to be both.

“The bacteria actually turn the immune cells against the body,” said senior author Soman Abraham, Ph.D. a professor of pathology at Duke and professor of emerging infectious diseases at Duke-NUS. “The bacteria enter the draining lymph node and actually hide undetected in immune cells, notably the dendritic cells and monocytes, where they multiply. Meanwhile, the immune cells send signals to bring in even more recruits, causing the lymph nodes to grow massively and providing a safe haven for microbial multiplication.”

The bacteria are then able to travel from lymph node to lymph node within the dendritic cells and monocytes, eventually infiltrating the blood and lungs. From there, the infection can spread through body fluids directly to other people, or via biting insects such as fleas.

Abraham, St. John and colleagues note that there are several potential drug candidates that target the trafficking pathways that the bubonic plague bacteria use. In animal models, the researchers successfully used some of these therapies to prevent the bacteria from reaching systemic infection, markedly improving survival and recovery.

“This work demonstrates that it may be possible to target the trafficking of host immune cells and not the pathogens themselves to effectively treat infection and reduce mortality,” St. John said. “In view of the growing emergency of multi-resistant bacteria, this strategy could become very attractive.”

New method to stop the spread of Lyme disease