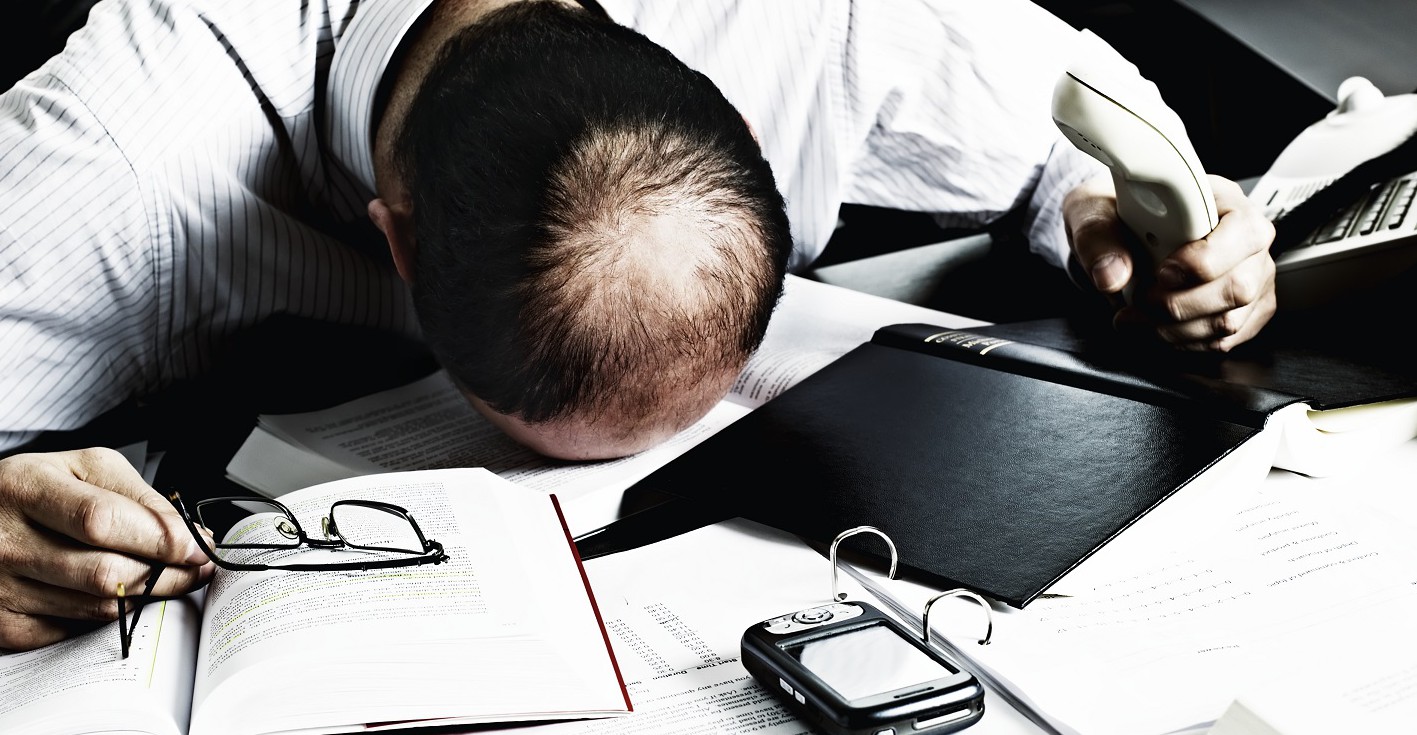 According to a recent poll, nearly one in five adults employed full-time in the US works more than 60 hours a week. Although these long hours may boost employees’ paychecks, past research indicates that adults who work more than 8 hours a day are more likely to suffer from chronic stress and related conditions. Now, a new study suggests long working hours may also boost the risk of coronary heart disease.

Heart disease is the leading cause of death for both men and women in the US, killing around 600,000 people every year. Coronary heart disease (CHD) is the most common form of the condition, responsible for around 380,000 of these deaths.

CHD occurs when plaque accumulates inside the coronary arteries — the arteries that supply the heart muscle with oxygen-rich blood. The plaque can harden or rupture over time, restricting or blocking blood flow. The heart muscle can then become weakened, leading to arrhythmias — irregular heart beats — and heart failure.

According to the research team, led by senior author Dr. Yun-Chul Hong of the Medical Research Center and College of Medicine at Seoul National University in South Korea, past studies have linked long working hours to adverse health outcomes, such as hypertension, diabetes, sleep problems and poor psychological health.

“Working hours not only affect physical health outcomes, but also lifestyle conditions, such as dietary patterns, exercise, smoking habits, and alcohol consumption,” the researchers note. “It is highly probable that cardiovascular diseases are affected by overtime work, because the risk factors of cardiovascular diseases are inﬂuenced by working hours.”

In the new study, recently published in the American Journal of Industrial Medicine, Dr. Hong and colleagues wanted to see how working hours affected the risk of CHD.

The team assessed 8,350 participants aged 19 or over who were a part of the Korean National Health and Nutrition Examination Survey IV (2007-09).

The participants were asked about their working hours, general health, and lifestyle factors such as diet, exercise, smoking habits, and alcohol consumption. They also underwent a physical examination during which measurements were taken to assess blood pressure, total cholesterol levels, fasting plasma glucose levels, triglyceride levels, and high-density lipoprotein levels.

The subjects’ 10-year risk of CHD was assessed using the Framingham risk model — a scoring system that uses an array of information to calculate an individual’s likelihood of developing cardiovascular diseases within a certain time period.

The team also found that people with longer working hours had more risk factors for CHD. They had higher blood pressure and higher cholesterol levels, for example, and were more likely to smoke.

However, the team was surprised to find that compared with participants who worked 31-40 hours a week, those who worked less than 30 hours a week had higher blood pressure and higher total cholesterol levels, which resulted in a higher 10-year risk of CHD.

The team says this could be because those who work fewer hours already have health problems. “Health limitations as well as advantages may have inﬂuenced how much people worked. Persons who have worse cardiac health may not work long hours,” they add.

They note that their study is subject to some limitations. For example, using the Framingham risk model could have led to an overestimation or underestimation of CHD risk, as it does not take into account genetic and lifestyle variations.

Furthermore, the researchers were not able to control for certain factors, such as poor mental health, which may have influenced the relationship between working hours and CHD risk.

The team notes, however, that their large sample size and the monitoring of longer working hours meant they were better able to assess the link between working hours and CHD, compared with other studies. They add:

“In conclusion, working long hours is associated with an elevated risk for CHD…,” the team writes. “We hope that these ﬁndings contribute to the proper management of working conditions and enhance quality of health care for workers, particularly for those at risk for CHD.”

Besides the total number of hours worked, research also suggests that employees’ work schedules can affect health and well-being. For instance, a study published in July found that shift work may increase the risk of type 2 diabetes.