A team from A*STAR’s Institute of Chemical and Engineering Sciences (ICES) and the National University Hospital (NUH) has discovered new ways to enhance the efficacy of drugs used to treat respiratory system infections and antibiotic-resistant superbugs.

A team of five researchers and clinicians in Singapore led by Dr Desmond Heng, ICES, has developed a new combination of drugs to effectively combat bacteria in the lungs which lead to common respiratory system infections, or bacteria-linked pulmonary diseases such as pneumonia, bronchiectasis and cystic fibrosis.

An acute upper respiratory tract infection, which includes the common flu, was reported to be among the top four conditions diagnosed at polyclinics for eight consecutive years, from 2006 to 2013.

Pneumonia on the other hand, was the second leading cause of death in 2012, contributing to 16.8 per cent of the total number of deaths from illnesses behind cancer.

The team has developed four new drug formulations of antibiotics and muco-actives which have proven to be extremely effective in laboratory trials in treating these diseases, as well as in reducing the antibiotic resistance of so-called “superbugs.”

Breaking down the bacterium’s ‘shield’

Antibiotic resistance is a challenge in the treatment of diseases today as bacteria continuously mutate and develop resistance against multiple drugs designed to kill them, turning them into superbugs.

To fight these superbugs, the research team has developed and patented three other drug formulations that are each made up of three different antibiotics. These antibiotics complement each other by fighting bacteria in different ways and they can potentially be used interchangeably to prevent bacteria from developing drug resistance.

The team’s findings show that all three mixtures are effective against multi-drug resistant strains which include bacterial pathogens such as Pseudomonas aeruginosa and Klebsiella pneumoniae. These formulations kill more multi-drug resistant bacteria than a single drug, and are up to five times more effective than antibiotics used for treating respiratory system infections today. This will allow doctors to prescribe smaller, more effective drug doses to treat patients.

In addition, their formulations can be inhaled by the patient directly, thereby allowing a higher concentration of medicine to reach the lungs compared to injections or orally-administered drugs.

These drug formulations are a result of an on-going collaboration between A*STAR and NUH which started in 2010. Buoyed by the results from the laboratory tests, the team is looking to move into clinical trials to test the stability and efficiency of their new drug formulations.

Dr Keith Carpenter, Executive Director of ICES, said: “I am delighted that the work stems from the results of our expertise in inhaled novel formulations. This is an excellent example of how our collaboration with the local medical community is helping to translate our research from bench to bedside, and further developing innovative therapies for patients.”

The above story is based on materials provided by The Agency for Science, Technology and Research (A*STAR). Note: Materials may be edited for content and length. 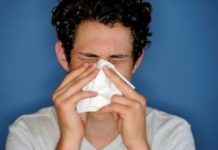 Colds and flus: When do you need to see a doctor?