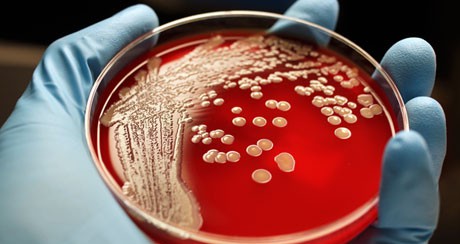 With the threat of emerging infectious diseases on the rise as a result of climate change and globalization, the importance of public health preparedness has never been greater. Evolutionary analysis of public health data during major outbreaks of infectious diseases — such as the bird flu, E. coli, or the current Ebola outbreak in West Africa — could help public health officials plan for and better control future pandemics by providing crucial insight into the effectiveness of infection control measures. In a fascinating study published in the current edition of the International Journal of Innovative Computing and Applications, researchers describe a novel approach to the study of emerging epidemics based on the principles of evolutionary game theory, a mathematical operationalization of Darwinian evolutionary mechanisms.

Early detection and rapid response are critical first steps when confronted with an emerging epidemic. Mounting an effective response hinges on scientists’ understanding of the pathogen driving the epidemic, as well as the unique dynamics of transmission that characterize the outbreak. For instance, depending on the type of organism involved, the conditions of spread, and the target population, outbreaks can be acute and fast-moving, such  as gastroenteritis in a nursery school or long-term care home, or they can evolve more slowly, such as the AIDS pandemic.

When planning a public health response to any disease outbreak, scientists must take into account a complex range of variables including the specific characteristics of the pathogens, the affected/at-risk population(s) and geographical region(s), and patterns of transmission. As one of the most serious modern threats to public health, emerging and re-emerging diseases pose a considerable challenge to public health authorities, who are often called on to develop prevention and control strategies for diseases about which very little is known.

Without existing surveillance data, it may take months to establish an adequate understanding of transmission dynamics and underlying risk factors — far too long when faced with the prospect of a fast-moving outbreak like the ongoing Ebola epidemic in West Africa.

Now, in a fascinating new study from the Dongbei University of Finance and Economics, in Dalian, Liaoning, China, researchers describe the development of a novel mathematical tool that could help public health officials better plan for and respond to infectious disease outbreaks. Using evolutionary game theory, the researchers examined data associated with the emergence of a new pandemic virus.

The team, led by Dongbei University scientist Dr. Dehai Liu, explains that the characteristics of disease outbreaks in the modern world have shifted since the advent of high-speed air travel. Moreover, increased population density and changes in economics have meant that the progress of an epidemic will not necessarily follow the course nor move at the speed of historical “plagues” even up to the global influenza outbreaks of the twentieth century.

What is evolutionary game theory?

To more accurately model these complex population dynamics, as well as their impact on the spread of disease, the researchers turned to evolutionary analysis, a mathematical approach based on evolutionary game theory that allows researchers to simulate various scenarios and predict likely outcomes. Evolutionary game theory is the application of game theory (the study of mathematical models of conflict and cooperation in “decision-making” — but not necessarily intelligent decision-making) to evolving populations of lifeforms; it essentially applies Darwinian selection to the contests, strategies, and analytics in which various “actors” in the scenario might be involved.

Combining population ecology with evolutionary principles, evolutionary game theory provides a comprehensive mathematical model that encompasses the Darwinian process itself – including the central tenets of competition (the game), natural selection (replicator dynamics), and heredity – all within the overall model. It also takes into account feedback, culling, and – importantly – population dynamics. Each of these mechanisms is transposed into mathematical form, which can then be used in simulations to model the effects of various ecological factors on the evolutionary processes.

Unlike classical game theory, evolutionary game theory focuses not only on the quality (or, effectiveness) of various competing strategies, but also on their use in the population; according to the theory, the success of any given strategy depends on the frequency at which strategies are played in the population, a concept known as frequency dependence. This transfer from population ecology relies on the assumption that successful traits spread.

Before discussing the results of the new study, let’s take a quick look at an example of game theory.

The most classic game, and the starting-point for evolutionary game theory, is the Hawk-Dove game. The game was conceived to analyze an animal contest over a sharable resource — let’s say some food. The contestants can be either a Hawk or a Dove. These are not two separate species of bird; they are two subtypes of one species with two different types of strategy (two different “morphs“). The term Hawk-Dove was coined by Maynard Smith — who first proposed evolutionary game theory in the 1970s — because he did his work during the Vietnam War, when political views fell into one of these two camps. The strategy of the Hawk (a fighter strategy) is to first display aggression, then escalate into a fight until he either wins or is injured. The strategy of the Dove (fight avoider) is to first display aggression but if faced with major escalation by an opponent to run for safety. If not faced with this level of escalation the Dove will attempt to share the resource.

Given that the resource is given the value V, the damage from losing a fight is given cost C:

That’s why incorporating population dynamics into evolutionary analysis is such a critical step; it’s what allows researchers to develop predictive theories. With that said, let’s get back to the new study…

Can evolutionary algorithms stop the next pandemic?

In the new study, the team applied an evolutionary game theory approach to understanding the spread of disease in the modern world. The researchers demonstrated that there are four main modifiable factors that affect the course and scale of an epidemic:

Scientists hope that the application of evolutionary game theory to the study of disease outbreaks will lead to improvements in the public health response to future epidemics.

Other factors that influence the outcomes of infectious disease outbreaks include the virulence of the pathogen, the mode(s) of transmission, and certain characteristics of the physical environment (for example, certain geographical regions are far more susceptible to outbreaks of malaria because of local mosquito populations, which thrive in warm, wet environments). But these are fixed factors, which means that we can’t change them. We can, however, reduce their impact.

That’s where evolutionary game theory comes in: using thousands of computer simulations, evolutionary analysis models how the outcomes of an epidemic change in response to variations in external factors. The models also include fixed parameters based on the characteristics of the specific epidemic (e.g., transmission dynamics and affected areas). Keeping those factors constant, scientists can then observe how various response measures influence disease outcomes.

Using the four modifiable factors mentioned above, the team behind the new study tested their approach on actual data from the 2009 outbreak of influenza A (H1N1), comparing those outcomes with a scenario involving active prevention and control. The results of the analysis showed that rapid response could measures significantly reduce casualties from the epidemic, both by limiting transmission and improving early detection and treatment.

The effectiveness of each individual response measure (i.e., provision of health care, isolation of patients, etc.) will vary depending on the characteristics of the contagion, the researchers explain. For instance, patient isolation is likely to be among the most effective measures for the containment of airborne diseases like influenza, while it would have no impact on the spread of Lyme disease, which cannot be transmitted from person-to-person.

Applying such a model to the ongoing analysis of data associated with the current outbreak of Ebola could provide critical clues about transmission dynamics and at-risk populations, the Dongbei University team says. The findings of such an analysis could help to ensure that quarantine and control measures are put in place effectively to prevent widespread deaths from this lethal disease; likewise, similar strategies may prove the be invaluable tools for the prediction and containment of future emergent pathogens.

‘Living here will make you fat’ – do we need a public health warning?