Don’t say the tech world never did anything for the greater good.

Amid the general Bay Area furor over tech shuttles and rapid gentrification, there are plenty in the industry who are paying it forward. Many of them were at Google’s San Francisco offices Wednesday night to support the first cohort of five nonprofit startups from the accelerator program Fast Forward.

The accelerator’s aim is to provide support and mentorship for emerging companies that improve the world in some way. “We do for tech nonprofits what accelerators like YCombinator and TechStars do for startups, but addressing issues like poverty, health, and education,” said Fast Forward founder and President Kevin Barenblat.

Google, an early funder of Fast Forward, gave $20,000 to each of the five nonprofits. Google.org’s director, Jacquelline Fuller, announced it would match the evening’s donations up to $100,000. (The organizations raised a total of $150,000 in donations and Google matching funds Wednesday.)

“We’re big believers in the power of technology to make the world a better place,” Fuller said. She also praised the burgeoning practice of using “tech to help humanity at scale.”

Fast Forward also noted the organizations had raised $1 million in funding during their three-month stint with the accelerator, which culminated in the event at Google.

Ray Faustino, one of the participants, said his childhood as a low-income, Filipino immigrant had been the inspiration for the company he founded, One Degree. He credited a teacher with connecting him and his family with the services they needed, like food banks, health clinics, and affordable housing. So he and his team created an online platform to make those resources easier to find for anyone with online access.

“The program has accelerated our expansion into new counties across the Bay Area and shaped our mobile app strategy,” Faustino said. “Going through Fast Forward’s program was amazing because we’ve been able to prove that technology really can be used for social good.”

Medic Mobile, another participant, created an SMS network for community health workers in remote areas of countries such as Malawi and Nepal. With the organization’s free, open source tools, community volunteers can send vital updates to clinics that are, in some cases, hundreds of miles away with limited medical staff. CEO Josh Nesbit said his team developed a “parallel sim” system so complex apps can run on inexpensive feature phones, a critical innovation for rural communities.

Sirum and NooraHealth, two more startups in the cohort, also tackle shortcomings in quality of medical care — just in very different ways. The former connects hospitals who have unexpired medications in excess to community clinics whose patients can’t afford them. The latter “trains marginalized families with health skills,” according to cofounder Katy Ashe, so that relatives can better take care of patients once they’re discharged from the hospital.

The Moneythink team, recognizing that kids don’t make financial decisions in school, partnered with Ideo.org to create an Android app. It’s a platform Gonder called the “Instagram for finances.”

Moneythink users take images of things they’re not spending money on in favor of savings — garnering Likes from friends on the platform for not buying them. “It’s instant gratification for decisions based on delayed gratification,” Gonder said.

With these kinds of innovations targeted at vulnerable populations, the demos constituted a starkly different scene than tech events with fancy gadgets and expensive software. This was Silicon Valley with a heart.

Facebook cofounder and Fast Forward mentor Andrew McCollum summed it up best: “It’s refreshing to hear from people who are pursuing solutions to problems, rather than just pursuing a business that makes a lot of money.”

Calling innovators and entrepreneurs: Startup Weekend for Health in Brisbane 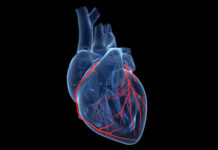 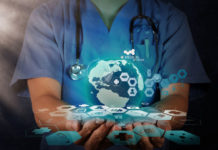