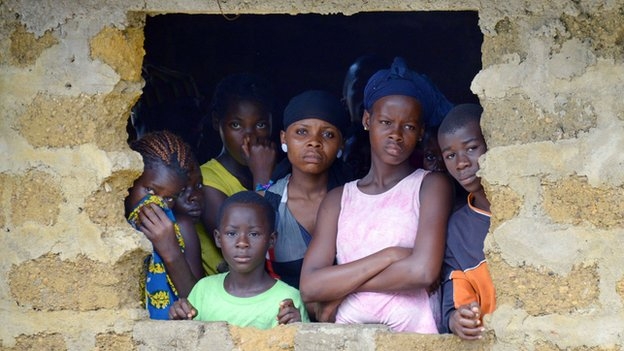 Sierra Leone – one of the countries worst hit by West Africa’s Ebola outbreak – has announced a three-day lockdown to try to tackle the disease.

From 18 to 21 September people will not be allowed to leave their homes, a senior official said.

Citizens will not be allowed to leave their homes between Sept. 18-21 in a bid to prevent the disease from spreading further and allow health workers to identify cases in the early stages of the illness, said Ibrahim Ben Kargbo, a presidential adviser on the country’s Ebola task force.

“The aggressive approach is necessary to deal with the spread of Ebola once and for all,” he told Reuters. As of Friday, Sierra Leone has recorded 491 of the total of suspected, probable and confirmed Ebola deaths, according to U.N. figures.

Kargbo said 21,000 people would be recruited to enforce the lockdown. Thousands of police and soldiers have already been deployed to enforce the quarantining of towns in Sierra Leone’s worst-hit regions near the border with Guinea.

Organizations from across the world are rushing funds and equipment to West Africa, but Ebola is spreading faster than ever and experts say the lack of trained staff in weak health systems is a major obstacle to the response.

The World Health Organization (WHO) announced on Friday that health workers could be given vaccines as from November, when safety tests are completed.

More than 20 health workers have lost their lives to the virus in Sierra Leone since the start of the outbreak in March.

Sierra Leone officials said more than 20,000 people would be deployed to make sure residents stayed indoors.

Sidie Yahya Tunis, the health ministry’s communications director, told the BBC: “We don’t expect them to refuse. You follow or else you’ll be breaking the law. If you disobey then you are disobeying the president.”

Official figures from the World Health Organisation show the Ebola outbreak spread rapidly last month, killing over 1,000 people in August alone. The current death toll stands at 1,900 and there have been 3,685 cases reported since the outbreak.

Liberia also closed off a slum last month in the capital of Monrovia for more than a week in an attempt to slow the spread of the virus.

Sierra Leone’s proposed countrywide “lockdown” will not help control an Ebola outbreak and could lead to the disease spreading further as cases are concealed, medical charity Medecins Sans Frontieres (MSF) said on Saturday.

“It has been our experience that lockdowns and quarantines do not help control Ebola as they end up driving people underground and jeopardizing the trust between people and health providers,” said the group.

“This leads to the concealment of potential cases and ends up spreading the disease further,” added the group which has been helping fight the world’s biggest outbreak of the disease across West Africa.

More than six months into the crisis, weak government health systems are still failing to defeat the disease, one of the deadliest on the planet.

Nichol said the period may be extended if needed. A presidency official had earlier said the lockdown would last for four days.

But MSF said door-to-door screening required a high level of expertise and, even when cases were found, there were a lack of treatment centers and other facilities to take them to.

MSF reiterated its calls for nations with civilian and military biological-disaster response capacities to send equipment and teams to West Africa.

“This remains our best hope of bringing this deadly outbreak under control as quickly as possible,” it said. 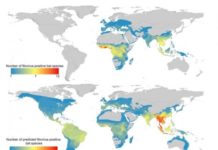