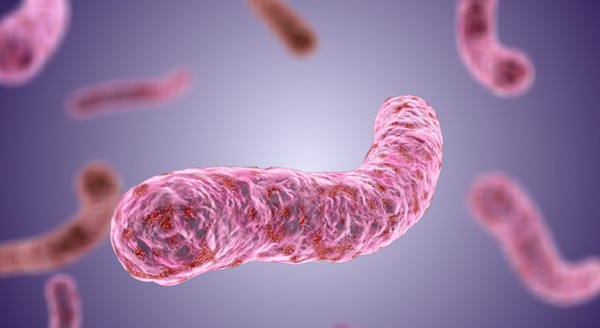 A team of scientists from the UK have developed a novel “barcode” tool to identify unique strains of M. tuberculosis based on the presence of certain genetic mutations.

In an exciting new study published in the journal Nature Communications, a team of scientists from the London School of Hygiene and Tropical Medicine in the UK describe the development of an innovative genetic barcode designed to help doctors and researchers easily identify different types of tuberculosis.

“There is increasing interest in new technologies that can assist those treating tuberculosis patients,” says lead author Dr. Taane Clark, Reader in the School’s Genetic Epidemiology and Statistical Genomics. “This new barcode can be easily implemented and used to determine the strain-type that is a surrogate for virulence.“

“New technology is making it easier to track mutations but genomes are very complicated and we hope this simple barcode will help people with their research,” explains co-author and tuberculosis (TB) expert Dr. Ruth McNerney, a Senior Lecturer in Pathogen Biology and Diagnostics at the School.

Caused by various strains of Mycobacterium tuberculosis, TB is a deadly respiratory disease that occurs in nearly every nation across the globe.  Although it usually involves the lungs, it can affect any part of the body. Treatment for the infection typically involves 6-9 months of antibiotics.

According to the World Health Organization (WHO), TB is second only to HIV/AIDS as the greatest killer worldwide due to a single pathogen. The disease causes illness in more than 8 million people every year, killing over 1 million of them. Most of the deaths occur in low- and middle-income countries where treatment is not widely available.

In healthy people infected with TB, the immune system keeps it at bay. People who are not aware they are infected can carry the pathogen around the world without every developing symptoms. In fact, some estimates indicate that one in three people worldwide have been exposed to TB and are carriers of a latent form of the infection.

Over the last 70,000 years, TB bacteria have been evolving alongside humans, diversifying into families of strains that affect different people in different ways, and spreading from person to person through the air. Once the disease jumped from its animal host to the human population, human activity began to alter the TB bacteria, resulting in unique lineages and variations in TB strains. There is now remarkable diversity in symptom presentation, disease course, and treatment response in TB patients, and new strains of the pathogen continue to surface with startling frequency.

For instance, a growing concern in the public health community is the emergence and rapid spread of multi-drug resistant strains of TB. The latest data from the WHO shows that multi-drug resistant cases are present in virtually all countries across the globe. In 2013, a Nepalese man infected with extremely drug resistant TB was detained by US authorities in South Texas, marking only the second time the highly virulent strain has been documented within US borders.

Disease lineage is of importance to tuberculosis control as it has been shown that strain type may play a role in disease outcome, variation in vaccine efficacy and emergence of drug resistance, the researchers explain. Additionally, different strains of TB have produced distinct biological responses in experimental models and can affect clinical presentation. Strain type may also influence disease epidemiology as in some settings it is associated with the presence or absence of clustering due to recent transmission.

However, the molecular mechanisms and genetic factors responsible for the described differences remain largely unknown.

With that in mind, Dr. Clark and colleagues examined over 90,000 genetic mutations across a global collection of 1,600 M. tuberculosis genomes to pinpoint the origins of the pathogen and map how the disease moves around the globe Of the 90,000 or so mutations, around 7,000 of them are strain-specific, but the team discovered you only need 62 of them to code the entire known global family of circulating TB bacteria strains.

The authors say the barcode is the first to cover all main lineages, and “classifies a greater number of sublineages than current alternatives.”

Dr. Clark says they are making their findings “available to the doctors and scientists working with tuberculosis so that they can more easily know what strains they are dealing with.”

New insights into the genetics of drug-resistant fungal infections