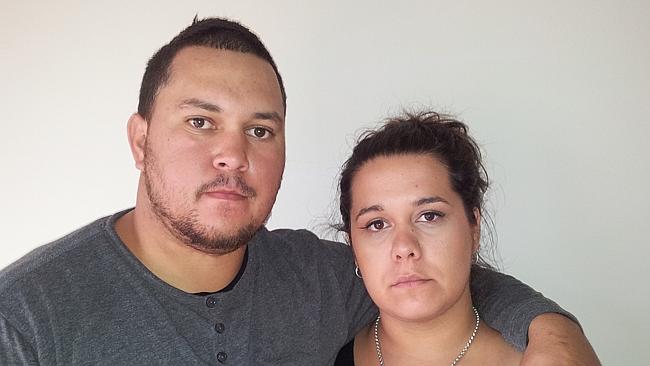 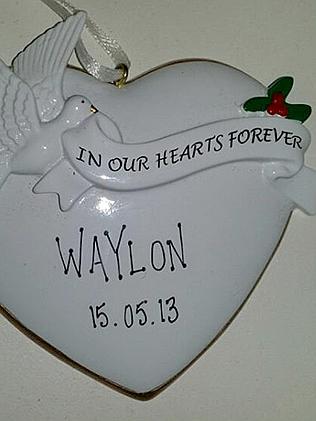 A report for Queensland Health found Waylon’s death might have been prevented. Source: Supplied

ROCKHAMPTON Hospital retrospectively made notes that a heavily pregnant woman who had been having contractions for four days was “happy” to be turned away and told to come back later.

Four-and-a-half hours later Emma Green and her partner Eldean Blake were to discover their baby Waylon had died in the womb by overhearing staff discussing the absence of a heartbeat.

It was May 14, 2013, four days after Ms Green first arrived at hospital with contractions at 10 minute intervals and after she was twice told the hospital was too busy to induce her.

Hospital records, obtained by the family under Right to Information, show staff documented a day after baby Waylon’s death that Ms Green had taken the news of her May 14 cancelled appointment well.

“Due to this activity and the current staffing levels it was decided it was not safe to proceed with an additional induction of labour,” the note said. “This was discussed with Emma and she was happy to return to the hospital in the evening at 2000 hours.’’

However, an email sent from Emerald Hospital to Rockhampton Hospital contradicts this.

It reveals that Mr Blake made a desperate phone call to Gladstone Hospital asking it to admit his 40 weeks’ pregnant partner soon after she was turned away from Rockhampton.

An email was sent from Gladstone Hospital to Rockhampton an hour after Ms Green was turned away stating that the couple had phoned and were “both distressed about the delay”.

“It is possible, although not certain, that had foetal heart rate monitoring been performed at 15.30 that Waylon’s death might have been prevented,” Dr Pesce states in the report.

Ms Green has moved to Ipswich and did not wish to comment. 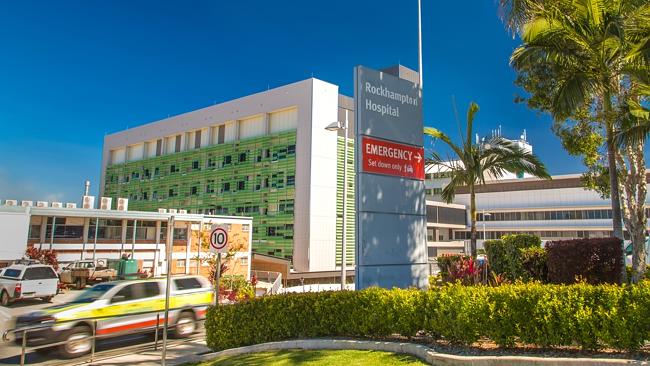 EIGHTEEN patients have died after a string of bungles at a regional Queensland hospital, sparking an urgent overhaul of safety standards.

The Courier-Mail can reveal that Rockhampton Hospital has launched 33 internal investigations into serious clinical incidents in the past three years, with 18 of those involving patient deaths.

Prescribing the wrong medication, failing to adequately monitor patients or properly interpret test results have been logged as potential causes of the death.

In another case revealed in documents obtained by The Courier-Mail under Right to Information laws, a patient escaped serious harm after an object was left inside them.

The deaths were among 98 SAC1 incidents – the most severe category of clinical incident involving either death or likely permanent injury – reported for the Central Queensland Hospital and Health Service district since 2011.

The health district’s chief executive Len Richards has taken the unprecedented step of hiring a dedicated director of quality and safety among moves to reduce the rate of botch-ups after admitting the number of serious clinical incidents at Rockhampton Hospital was “too many”.

“In comparative terms I don’t think we are an outlier but when you look and see … we have caused harm through what we have done to 33 patients, well that is just 33 times too many,” Mr Richards said.

Health Minister Lawrence Springborg said he was “naturally concerned that from time to time a small number of patients are harmed as a result of care they receive in Queensland, as elsewhere”, but said Queensland Health had a strong commitment to patient safety.

Rockhampton Hospital has received negative publicity after reports this year a patient had the wrong kidney removed during surgery and the death of an unborn baby whose heavily pregnant mother was repeatedly turned away.

While each SAC1 incident triggers an internal probe, the hospital has refused to detail the results. It has confirmed, however, that one of the 18 Rockhampton Hospital deaths was found to be the result of staff failing to properly interpret test results, leading to changes to procedures.

Documents show two deaths at the hospital this year were logged as suspected failures to interpret the patients’ deteriorating condition, with both incidents currently under investigation.

A new tool had since been introduced to monitor patients, a spokeswoman said.

Another patient death last year triggered an ongoing inquiry into whether the wrong medication was prescribed.

A n “instrument or other material” was left in a patient in 2012. The patient was not seriously injured.

Documents have also revealed the hospital was failing to investigate incidents within the required 90-day time-frame, earning it a fail mark in the last quarterly report.