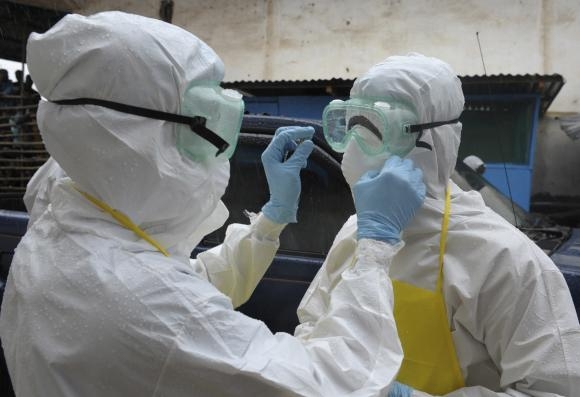 DAKAR (Thomson Reuters Foundation) – Doctors and nurses fighting the world’s biggest outbreak of the Ebola virus in West Africa should get incentives including better pay, insurance and access to the new Ebola drug ZMapp, an international health expert said.

The hemorrhagic fever, spread through the blood, sweat and vomit of the sick, has killed more than 1,550 people since March, including more than 120 health workers. Many work long hours with no access to proper protective equipment.

Johan von Schreeb, who has traveled to the region to advise officials on how to manage the deadly epidemic, said if health workers were not protected and remunerated for their dangerous work, they could not be expected to report for duty.

“There has to be reciprocity for those that are taking a risk in getting involved in this epidemic and are working to control it. If you take risks, you should be paid,” said von Schreeb, head of research on healthcare in disasters at the Karolinska Institute in Stockholm.

“Modern mobile phone technology can be used to track who is coming to work as well as transferring money directly so they can be paid on a performance-based system on top of their normal salaries,” he told Thomson Reuters Foundation from Sierra Leone, where he is providing technical support for the outbreak.

The government of Sierra Leone has come under fire for its handling of the Ebola outbreak. On Saturday, health workers went on strike over pay and poor working conditions at a major state-run Ebola treatment center in Kenema in the country’s east.

As well as holding formal walkouts, some health workers elsewhere in Sierra Leone, as well as others in Ebola-hit Liberia and Guinea, have simply not reported for work.

In Liberia, where infection rates are highest, President Ellen Johnson-Sirleaf has issued orders threatening state officials with dismissal for failing to report for work or for fleeing the country.

Ishmael Mehemoh, chief supervisor at Sierra Leone’s Kenema clinic in Sierra Leone, said that “gloves, aprons and boots are either not available at some times or are insufficient”. He said the clinic’s burial team had only “one broken stretcher” to transport corpses which posed a health hazard.

In a further sign of strained resources, nurses and members of the burial team at Kenema told Reuters the government had stopped paying their wages of $50 a week.

“There are negotiations with the UK government to set up an advanced 12-bed facility in Freetown specifically for health care workers. I sincerely hope the new drug ZMapp will be made available for these courageous people,” said von Schreeb, noting there had not yet been a response from donors on the proposal.

“There needs to be some sort of insurance scheme too, so if you die, your family are supported so that they can survive despite the loss of income,” he added.

Jorge Castilla-Echenique from the European Commission’s humanitarian arm (ECHO), said pay incentives and insurance were good ideas and that ECHO would be willing to fund them.

But he had reservations about the concept of favorable treatment for health workers.

“You’d have to be very cold blooded given the lack of drugs. Lab technicians would get priority, followed by international health workers, followed by locals health workers and so on,” said Castilla-Echenique, who has just visited Sierra Leone and Liberia.

Sheik Umar Khan, a leading doctor in Sierra Leone, was infected with Ebola but did not receive the scarce ZMapp drug, nor was he flown abroad for advanced care. He died on July 29.

Early on in the outbreak, two American health workers who contracted the virus at a clinic in Liberia were flown back to the United States, treated with ZMapp and both recovered.

A week ago, British nurse William Pooley was flown to England after contracting Ebola in Kenema, where some 25 health workers have died. He is being treated in London. 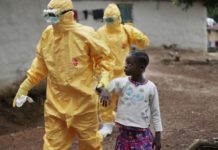 As Ebola flares up, Guinea plans to vaccinate contacts of survivors