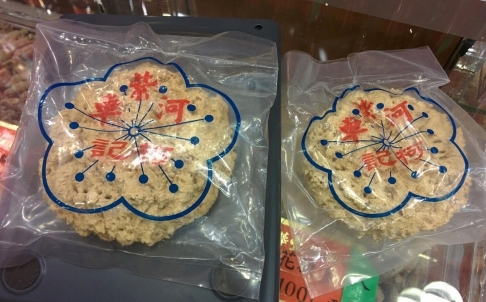 While the sale of human placenta remains illegal in Hong Kong, it was available under the counter at several traditional Chinese medicine shops.

Three of the six Causeway Bay shops reporters visited said they sold placenta in biscuit form, colloquially known as tseh ji hong. It can be eaten like a biscuit or broken up and mixed with water, one seller said.

Asked where the products came from, one seller said Hong Kong and the other two did not respond.

At one dispensary, a seller talked about Sheila Chan Suk-lan, a Hong Kong actress who was once reported in the Chinese-language media as saying eating human placenta was her secret for good skincare. “I tried it once on the mainland. Although it was very inhumane, I ate it in the end,” she reportedly said.

In image-obsessed Hong Kong, the black-market trade is probably fuelled by claims that consuming human placenta improves the complexion.

The mainland banned the sale of human placenta in 2005, though the trade continued to flourish for some time on online marketplace Taobao. Today only sheep placenta products can be found there. 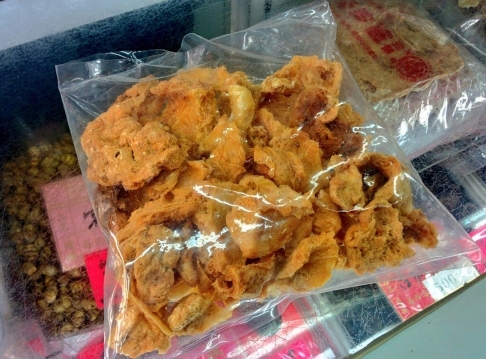 For new mums looking to boost iron levels, the consumption of human placenta is something they have been turning to more frequently. Scot Stacy Wallace consumed her placenta in a fruit smoothie and found it “delicious”. Wallace, who had no problems claiming her placenta from the private Matilda International Hospital in February, had the organ encapsulated.

“I took capsules three times a day for the first six weeks post birth. The biggest impact was on my milk supply. It was plentiful,” she said.

“I still think eating one’s placenta is a little nuts, but I’d do it again. I have leftover capsules in the freezer for when I hit menopause and feel lucky to have this secret weapon when that big change in life comes.”

In 1998, British chef Hugh Fearnley-Whittingstall flambéed placenta during an episode of his TV Dinners, saying it was “enjoyed by the baby’s family and friends”. Viewers complained, comparing eating placenta to cannibalism.

The placenta encapsulation process involves steaming it with ingredients such as lemon, ginger or chilli. It is then dehydrated and ground into a powder and placed in vegetable capsules.

And the placenta is not just eaten. In various cultures, it plays a vital ceremonial role.

In Cambodia it’s buried, often surrounded by spiked plants, to ward off evil spirits, while in Yemen it is placed on the roof of a family home so birds can eat it – the idea being that it will guarantee love between the parents.

In Turkey, the proper disposal of the placenta is said to promote the devoutness of the child later in life. Nepalis believe the placenta is a friend of the baby. Malaysia’s Orang Asli believe it’s the baby’s older sibling.

The Igbo of Nigeria consider the placenta the deceased twin of the baby and hold a funeral. 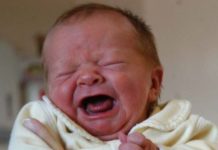 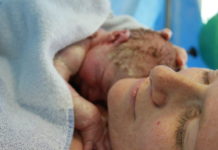 Explainer: what is placenta?