Australian research into a vaccine for the deadly Ebola virus will suffer as a result of federal budget cuts, CSIRO staff say.

The Federal Government has cut more than $110 million from the research organisation’s budget and as a result up to eight researchers will lose their jobs at the Australian Animal Health Laboratory (AAHL) in Geelong, Victoria.

Scientists at the facility are trying to find a vaccine for Ebola, that has killed hundreds of people in West Africa since an outbreak began in February.

The researchers at the AAHL had recently acquired a live strain of the virus that had swept through the region.

“This is terrible news for hardworking researchers who are dedicated to keeping Australians, indeed the world’s population safe from illness.” he said.

“The Australian Animal Health Laboratory is particularly funded to be Australia’s national facility in this area,” Mr Popovski said.

“It’s recognised as the national facility for this work and therefore is at the frontline of protecting Australia from these viruses.” 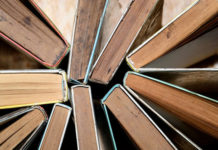 Three ways to reform research that won’t break the budget