Treasurer Joe Hockey has been urged to reboot his budget and scrap the unpopular $7 GP co-payment, with former Liberal treasurer Peter Costello saying governments have to cut their losses. The Treasurer is struggling to convince crossbenchers to back his budget, with key measures such as the Medicare co-payment and welfare changes facing defeat. Mr Costello said the Coalition should “reboot the whole argument” by bringing forward the next intergenerational report, which highlights long-term pressures on government spending. It should also dump measures unlikely to pass the Senate, he said. “Sooner or later you have to cut losses,” he told the Ten Network on Sunday. “The $7 co-payment … it’s just not going to happen, so let’s move on.” Mr Costello also rebuked his former colleague for complaining that business had not adequately backed his budget. “There is no point blaming business … he’s got to get it through, it’s his responsibility,” he said. 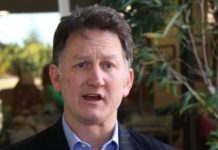