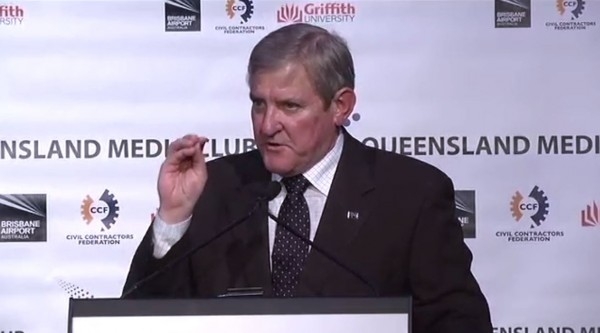 A senior minister’s suggestion that the Australian government may consider tying science funding for universities to the number of patents they generate is drawing a sharp reaction from the nation’s academic research community and some opposition politicians.

“I think tying grants to patents is simply the wrong way to go,” Les Field, the secretary for science policy at the Australian Academy of Science and a deputy vice chancellor at the University of New South Wales in Sydney, told reporter David Mark of “The World Today,” a radio program produced by the Australian Broadcasting Corporation (ABC).

Field was reacting to a speech given on 6 August by Ian Macfarlane, a former peanut farmer who last fall was named minister for industry by the conservative government of Prime Minister Tony Abbott. (The new government has drawn fierce criticism from some researchers as a result of budget cuts and other decisions.) According to an ABC transcript, during the presentation at the Queensland Media Club in Brisbane, Macfarlane said:

“I am freelancing a bit here, but I’m just painting a picture. We may think about realigning block grants to commercial outcomes, and rewarding them to universities not on the basis of how many papers they’ve had published, but actually on the basis of how many patents they’ve had registered. Look this is not rocket science. I hate to tell you, but just about every other country in the world is doing it. We need to do it here in Australia, so watch this space.”

Macfarlane also said that government grants are now linked to a researcher’s productivity in publishing technical papers, “which are great if you’re into producing papers, but I’m into producing jobs, and I’m into producing products that are commercialised from the IP [intellectual property] that that scientist or researcher may have developed. So I think that we need to ensure that commercialisation of IP and the registration of patents is part of the process of giving taxpayers’ money to researchers generally, not just universities.”

Macfarlane was referring to Australia’s system of distributing about AU$1.7 million annually to universities in the form of so-called block grants, which are linked to a variety of metrics, including publications rates and research funding.

Political opponents and researchers, however, quickly decried the idea of putting more emphasis on patents, saying it could shift funding away from basic research, particularly in areas with no obvious short-term potential for commercialization.

Professor Warwick Anderson, CEO of National Health and Medical Research Council, was less enthusiastic about Minister’s proposal, telling ABC radio that patents were just one of the practical outcomes of research.

“In Macfarlane’s world, whole branches of discovery would never have been funded,” wrote Kim Carr, a member of the Labor Party and the opposition’s shadow minister for higher education, research, innovation, and industry, today in The Guardian. “And as for the suggestion that this is what ‘every other country in the world is doing’, this is simply not the case.” The minister, he added, had “waded into waters where he was completely out of his depth,” with “very little idea of the implications of what he was proposing.”

A focus on patents could create “perverse incentives,” Aidan Byrne, chief of the Australian Research Council, told Andrew Trounson of The Australian newspaper. “I have emphasised many times, it is important that one indicator, such as patents, is not considered in isolation to other indicators.”

On The World Today, Field struck a similar tone. “One really has to recognise quality research and research excellence,” he said, according to a transcript. “[T]here may well be a commercial outcome to this and you need to facilitate that or make it as easy as possible, but some of the best developments in fact probably will come from the research which at the moment is what I call ‘blue sky’. It’s looking into the unknown, trying to tackle problems that perhaps we haven’t even identified yet.”

Although Macfarlane has generated attention with his remarks, several commentators note that his ministry would have a limited role in developing or implementing any change in university research funding policy, which is primarily the responsibility of the Australia’s education ministry.