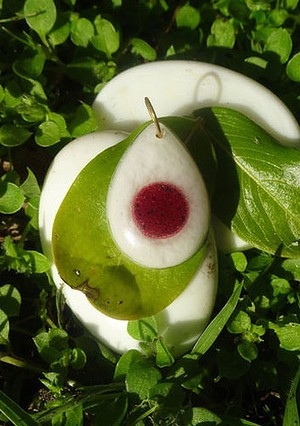 Breast-milk soap and placentas preserved in jewellery – these are two of the ways that midwife, mother and entrepreneur Amy McGlade helps women to remember their first years of motherhood.

McGlade, who has three children aged five, two and one, was so inspired by her early years of motherhood that she started exploring ways to preserve the memories through her business Baby Bee Hummingbirds.

“A lot of mums keep the cord stump in the baby book,” McGlade says. “Some people just cut off a piece of placenta. Others get their placenta encapsulated.

“I take the powder from an encapsulated placenta to make jewellery.”

After McGlade had her first child, she arranged for her placenta to be freeze-dried and deposited into about 200 gelatin capsules mixed with herbs. “Consuming the placenta afterwards increases breast milk,” she says.

This gave her the idea to create a sentimental keepsake for mothers.

“I thought I just wanted a way to preserve this little keepsake forever – that binding and nurturing role as a mummy.”

Mothers can choose how they post their placenta to McGlade – either as the cord stump, freeze-dried or dehydrated. Clients who live in her city of Adelaide can also deliver raw placenta, which McGlade will freeze-dry as part of her service. “You can’t send raw placenta,” she says.

McGlade casts the placenta inside clear resin gems that come in custom-designed shapes. “I make it into love hearts, butterflies, moons, stars. I can make it into anything [the mother] likes. I can make rings, pendants, earrings.” 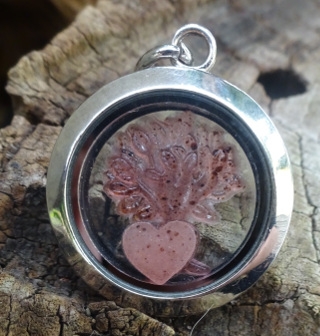 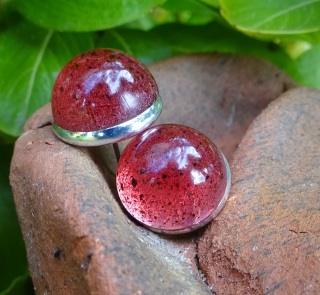 Such gems can become hand-me-downs, she says.

What do you think? Would you turn your placenta or breast milk into jewellery?

“It acknowledges a mother’s bond and her birth and her role as life-giver and nurturer. It can be something she can wear and pass down to her child. A few [clients] have mummy-daughter matching rings and pendants.”

For breast-milk jewellery, women can send a small amount of breast milk in a zip-locked bag via Australia Post. McGlade has developed a way to stabilise the milk so that it won’t discolour once it’s inside jewellery.

McGlade liaises personally with all her customers and enjoys sharing birthing stories. “Some people have been through massive breastfeeding challenges, had issues with their birth, or lost their uterus and can’t have another baby, or women have gone through IVF,” she says. “There are some amazing women and stories.”

McGlade has been breastfeeding continuously for six years, since her first child was born, and became interested in the healing qualities of breast milk. “Most midwives will say, if the baby has a scrape or a yucky eye, ‘Oh just put breast milk on it’.”

This led her to create breast-milk soap through a cold-pressed method. “I’ve been blessed,” she says. “I’ve always had a wonderful milk supply and been able to experiment with my own milk.”

Through trial and error, McGlade found she could only create the soap with fresh milk. Mothers in Adelaide can drop in 100ml to 300ml of their milk and McGlade will create about 25 soap bars in a process that takes four to six weeks. Women elsewhere in the world don’t have to miss out, however.

“I’ve just launched breast milk soap kits and I’ll send women out of Adelaide all the ingredients and all the help they need to create breast-milk soap in their own home.”

The soap is similar in texture to goat’s milk soap or other natural, vegan, preservative-free soaps, McGlade says.

“It’s amazing. My boys have both got dry skin and it’s so soft and luxurious. I believe it’s really tailored to the mother’s and baby’s needs with antibodies.”

With a steady flow of customers for such a time-intensive product, McGlade is now focussing on running Baby Bee Hummingbirds as a profitable business.

“I’m learning the business side of things through social networks,” she says. “I’m meeting organisations that help stay-at-home mums in business and trying to be as efficient as possible.

“It is a labour of love. Every gem takes several hours and I’m a real perfectionist.” 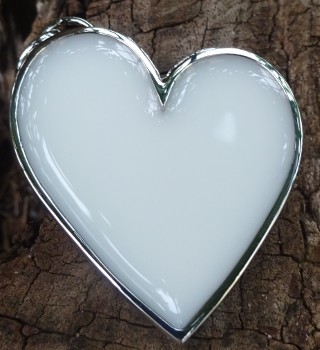 McGlade does most of the work after her children have gone to bed.

“I definitely understand what women go through to have their children,” she says. “Sometimes breastfeeding isn’t always an easy process. It’s a beautiful reward for all that hard work to have that keepsake.”