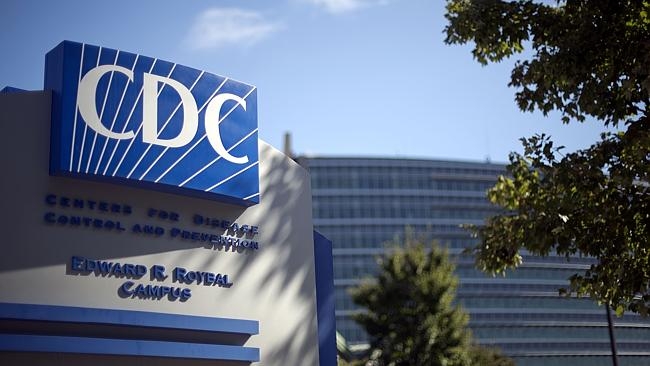 A HOSPITAL in America is preparing a special isolation unit to receive its first patient with the deadly Ebola disease “within the next several days”.

Two American charity workers — doctor Kent Brantly and missionary Nancy Writebol — are gravely ill with the disease in Liberia but it is unknown which one will be brought to Emory University Hospital in Atlanta.

“We do not know at this time when the patient will arrive,” Emory said in a statement.

The hospital has a specially-built isolation unit to treat patients exposed to certain serious infectious diseases.

The unit is one of only four such facilities in the country,Atlanta Journal-Constitution reports.

The patient will be flown to the US in a specialised isolation pod on a small plane. 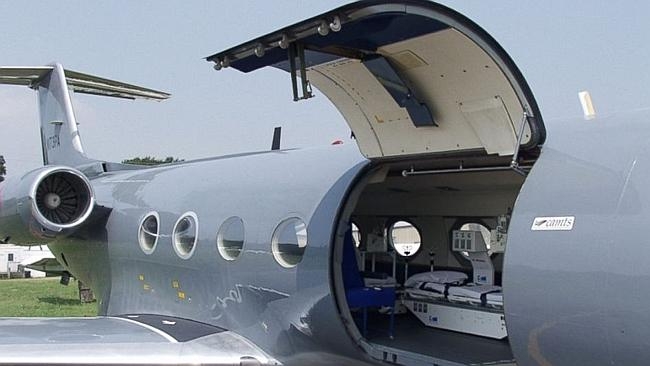 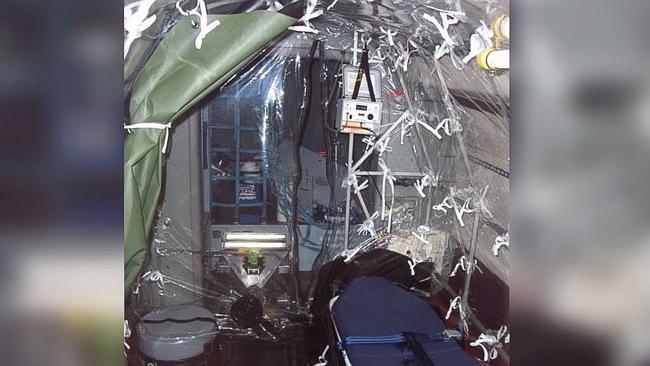 The government-owned jet houses a portable tent, designed by the US Centres for Disease Control and Prevention, the Department of Defence and the Phoenix Air Group.

Dr Tom Frieden, director of the Centres for Disease Control and Prevention in Atlanta, warned Americans not to travel to the three West African countries hit by the Ebola outbreak.

The travel advisory applies to non-essential travel to Guinea, Liberia and Sierra Leone, where the deadly disease has killed more than 700 people this year.

“The bottom line is Ebola is worsening in West Africa,” Dr Frieden said.

He called Ebola “a tragic, dreadful and merciless virus.”

The purpose of the travel warning is to not only protect US travellers, but limit their use of overburdened clinics and hospitals for injuries or other illnesses, he said.

Late yesterday, officials at Emory University Hospital, near the Centres for Disease Control and Prevention, confirmed that one of the two aid workers will soon be brought to a special high-security ward there.

Both Dr Brantly and Ms Writebol remain in a “grave” but stable condition.

Overnight it was revealed that Dr Brantly refused the only dose of a ­potentially lifesaving serum, insisting it instead went to Ms Writebol.

Franklin Graham, president of the Samaritan’s Purse charity, an aid organisation that has been working in Liberia during the Ebola crisis said only one patient could receive the experimental serum.

“There was only enough for one person. Dr. (Kent) Brantly asked that it be given to Nancy Writebol,” Mr Graham said.

Another spokesman added: “Even as he battles to survive Ebola, this heroic doctor is still focused on the wellbeing of others.” 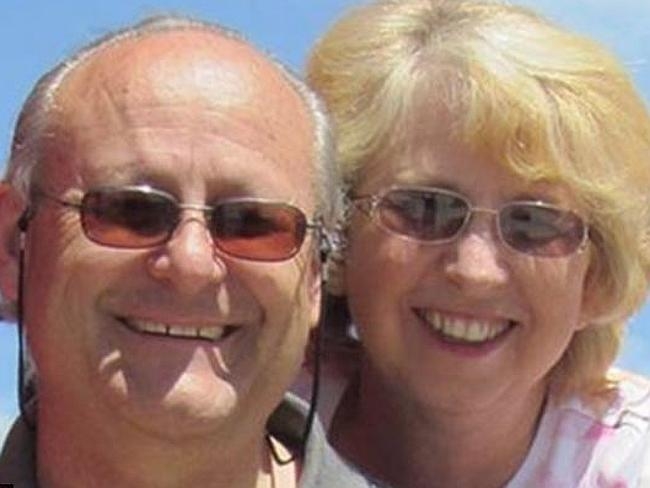 Brantly, though, did receive a unit of blood from a 14-year-old boy who had survived Ebola because of the doctor’s care, Graham said in a statement.

“The young boy and his family wanted to be able to help the doctor who saved his life,” he said.

Giving a survivor’s blood to a patient might be aimed at seeing whether any antibodies the survivor made to the virus could help someone else fight off the infection. This approach has been tried in previous Ebola outbreaks with mixed results.

No further details were provided on the experimental treatment.

There is currently no licensed drug or vaccine for Ebola, and patients can only be given supportive care to keep them hydrated.

There are a handful of experimental drug and vaccine candidates for Ebola and while some have had promising results in animals including monkeys, none has been rigorously tested in humans. 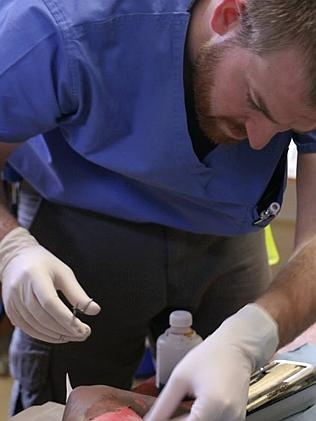 Dr Brantly is medical director for Christian aid group’s care centre in the nation’s capital Monrovia, where he was initially employed to work as a general practitioner, delivering babies and performing surgeries.

Two other members of their medical team contracted the virus — one fatally, according to US National Public Radio.

“He doesn’t want people to lose sight that he’s one of three people at this hospital who got infected and one of them has already died,” Dr David McRay, director of Maternal-Child at JPS Health Network told the Fort Worth Star-Telegram . “… In Kent’s eyes, he’s no more special than all of the Africans who are passing away..”

“We’re trying to figure out what went wrong because he was always very careful,” said Tolbert Nyenswah, an assistant health minister in Monrovia.

It is not clear how Dr Brantly became infected as he believes he did not violate any guidelines. “Kent is confident he followed all of the appropriate protocols,” Dr McRay said.

Dr Brantly completed his medical residency in Fort Worth, Texas, before travelling to Liberia in October 2013 with his wife Amber and two children, aged three and five, to work with the Samaritan’s Purse Christian aid group.

Amber and the children flew home to the United States two weeks ago, before Dr Brantly began exhibiting signs of the illness.

Dr Brantly tested positive for the disease on July 23.

“It’s usually in the second week of the illness that people are either recovering or not — and most not. My thought is, we’ll know something next week.” 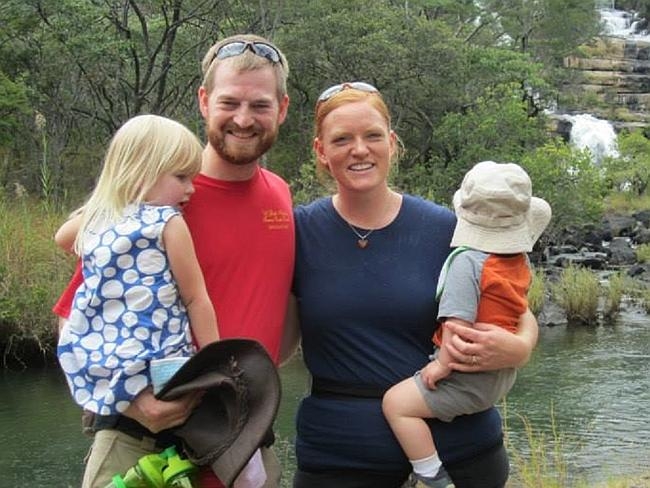 In its advanced stages, Ebola virus can cause significant haemorrhaging, including bleeding from the eyes, ears, nose, mouth and rectum and a rash containing blood that spreads all over the body.

In an email message to Dr McRay, Dr Brantly said: “I’m praying fervently that God will help me survive this disease. Please continue to pray along with me and my friend Nancy who is also very sick and for the doctors who are taking care of us. Peace. Kent.”

“We’re just trusting God for his life,” his mother Jan Brantly told the Indy Star . “We’re praying, and we’re sustained by our faith.” 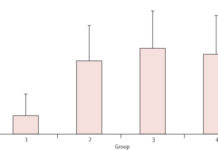 Radiological findings from 81 patients with COVID-19 pneumonia in Wuhan, China: a descriptive study 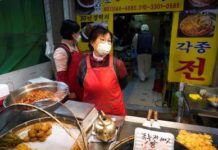 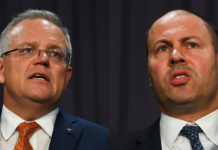