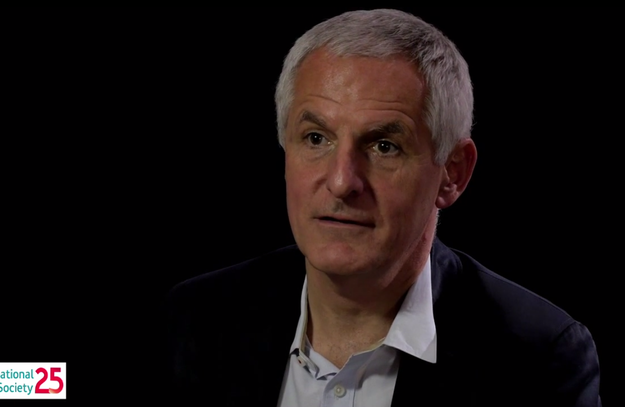 According to initial reports, as many as 108 people on board Malaysia Airlines Flight MH17, were headed to the 20th International AIDS Conference, due to begin Sunday.

But the exact number of those on board who were attending the conference remains unconfirmed as the airline has yet to release a passenger manifest.

In a statement, the ADIS 2014 organizers said they are “continuing to work with the authorities to clarify how the tragic loss of Malaysian Airlines flight MH 17 impacts our conference delegates, our conference partners, and our community as a whole. In recognition of our colleagues’ dedication to the fight against HIV/AIDS, the conference will go ahead as planned and will include opportunities to reflect and remember those we have lost.”

Chris Beyrer, who will take over the presidency of the International AIDS Society at the end of the global conference next week, told the Washington Post Friday that after speaking to authorities he was hopeful that “the actual number is much smaller” than 108.

Beyrer told the Post that it appears that the numbers are “an order of magnitude smaller than what has been reported.”

Joep Lange, a prominent AIDS/HIV researcher from Netherlands, was among the 298 people believed killed Thursday, according to his friends on Twitter.

Ask anyone who knew him. Joep was often times cooking for his 5 girls while on conference calls discussing HIV.

How do we measure how much a person has done for humanity? People like Joep change the course of epidemics.

I asked him why he worked so much. He said “Do you know how much it costs to buy shoes for 5 girls?” He was a kind man &a true humanitarian.

Joep Lange was a leading AIDS researcher and clinician and an activist at heart. Lost today too soon on Malaysian flight 019. RIP

“@martinenserink: Joep Lange, a veteran #HIV/AIDS researcher from the Netherlands, was aboard MH17, en route to #AIDS2014 in Melbourne.”

Lange has been involved in HIV research and treatment since 1983. He worked in particular on pivotal trials in antiretroviral therapy and on the prevention of mother-to-child transmission of HIV.

He was on the board of many HIV-related foundations and was the founder and editor-in-chief of the Journal Antiviral Therapy. He had also published more than 350 papers in peer-reviewed journals.

From 1992 until 1995, Lange worked globally as a chief of the World Health Organization’s that worked on AIDS projects. He pushed the program to promote and initiate prevention, diagnosis and treatment projects throughout the world. His projects continue in many countries, including Argentina, Brazil, Ivory Coast, Mexico, Tanzania, Thailand, Uganda, Uruguay, and Venezuela.

In 1995, Lange returned to his alma mater, the University of Amsterdam, to take up a position as a professor of Internal Medicine, researching and teaching about viral diseases. In 2007 he was awarded the Eijkman medal for his achievements in Tropical Medicine and International Health.

From 2002 to 2004, he served as the president of the International AIDS Society.

The University of Amsterdam issued a statement on the loss of two of their staff members: Lange and his partner Jacqueline van Tongeren.:

Joep was a great source of inspiration for everyone who aimed to contribute to solving the AIDS tragedy in Africa and Asia. He was shocked to see how, from 1996 onwards, expensive HIV therapies became available to patients in rich countries, but not in Africa, and he made it his mission to change this and to put an end to the gross inequality in access to life-saving medication. 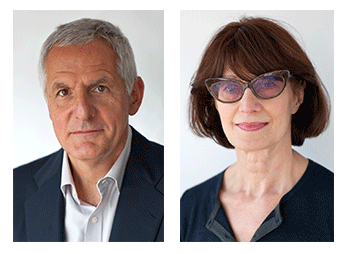 One of the milestones in his career was undoubtedly his presidency of the International AIDS Society. During this period in particular, he enjoyed the support of Jacqueline van Tongeren, who helped him organise a wide range of initiatives. Over the past few years Jacqueline served as head of Communications at the AIGHD. Thanks to her previous experience as an HIV-AIDS nurse, she was extremely familiar with the issues concerned. Over time, the bonds between Joep and Jacqueline developed far beyond those of a relationship between colleagues. 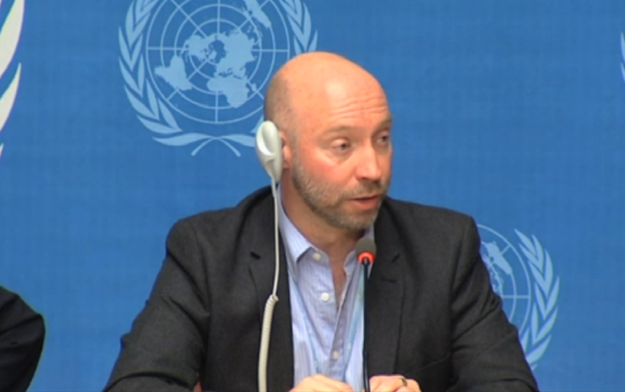 Glenn Raymond Thomas, a Geneva-based spokesman for World Health Organization was also aboard the flight, WHO confirmed.

British-born Thomas, who was based in Geneva and handled media relations for WHO. A WHO spokesman told Guardian Australia: “We are waiting for confirmation on whether there were any others from the World Health Organisation on the flight as we were sending a huge delegation to the conference. As yet, Glenn is the only one we’re aware of.”

Saddened to learn that my friend and @WHO staff who was traveling to @AIDS_conference to Melbourne was on flight #MH17. RIP #Glenn Thomas

Don’t know what to say, devastated with the news of Malaysian airline incident & @WHO DCO colleague Glenn Thomas #condolences #shock 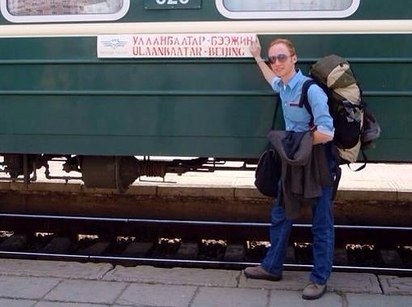 Pim de Kuijer, an AIDS activist from the Netherlands, is also believed to have been on board the flight headed to Melbourne for the conference.

The 32-year-old was a parliamentary lobbyist for Stop Aids Now! He had traveled extensively through Kosovo, Sierra Leone, Egypt , Ukraine, Russia, and Malaysia.  His friend Nabeelah Shabbir wrote in the Guardian. 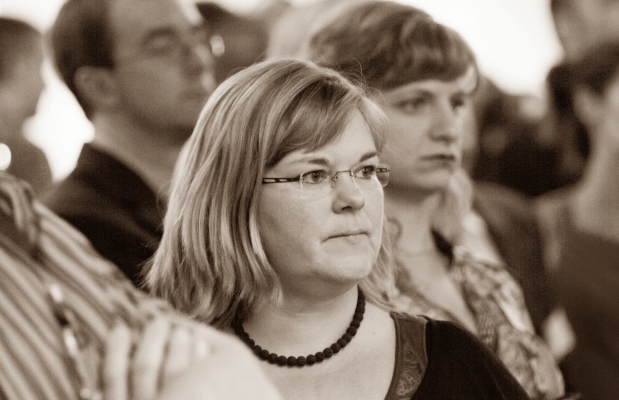 Also believed on board was Martine de Schutter, who worked for organizations associated with the AIDS Fonds foundation, according to a colleague, Stop AIDS Now! Executive Director Louise van Deth.

Martine De Schutter had started a new job managing a program in January of this year called Bridging the Gap, which provides support for sex workers, LGBT people, and people who use drugs.

Prior to that she had worked for 10 years as Executive Coordinator of AIDS Action Europe, an NGO partnership on HIV and AIDS in Europe and Central Asia. She had been involved with initiatives, including the EU HIV/AIDS Civil Society Forum, the HIV/AIDS Clearinghouse, and the successful lobby to get key populations included in the current European Union HIV policy.

Organizers of AIDS 2014 issued a statement on the tragedy:

The International AIDS Society (IAS) today expresses its sincere sadness at receiving news that a number of colleagues and friends en route to attend the 20th International AIDS Conference taking place in Melbourne, Australia, were on board the Malaysian Airlines MH17 flight that has crashed over Ukraine earlier today.

At this incredibly sad and sensitive time the IAS stands with our international family and sends condolences to the loved ones of those who have been lost to this tragedy.

The IAS is hearing unconfirmed reports that some of our friends colleagues were on board the flight and if that is the case this is a truly sad day.

The IAS has also heard reports that among the passengers was a former IAS President Joep Lange and if that is the case then the HIV/AIDS movement has truly lost a giant.

Minute’s silence observed at #AIDS2014 Hepatitis Satellite for victims of #MH17. Audible shock as news read out. Palpable sadness in the rm. 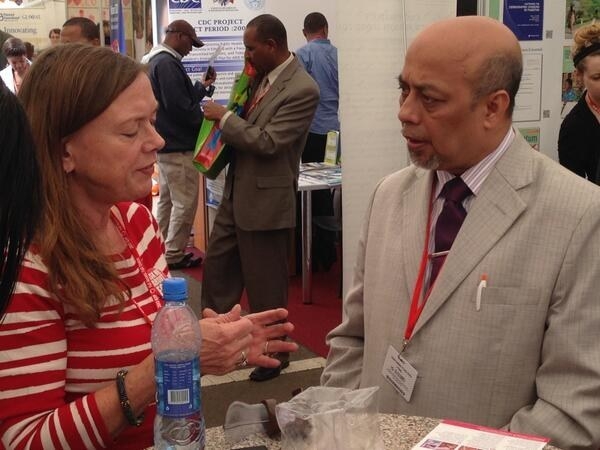 Lucie van Mens, a global advocate for female condoms and women’s health, was also reportedly heading to the conference on board flight MH17.

Lucie van Mens, who worked with the Chicago-based Female Health Company, was involved in HIV/AIDS prevention since 1995. She was a tireless advocate for the development and equal access to female condoms.

My thoughts & prayers to families of those tragically lost on flight #MH17. Many passengers were enroute to #AIDS2014 here in #Melbourne.

Jacqueline van Tongeren from AMC and Lucie van Mens from the Female Health Company were also on the plane. #MH17 #AIDS2014

Australia’s Foreign Minister told a local channel that flight MH17 was traveling Amsterdam-Kuala Lumpur-Perth with connecting flights to Melbourne where the conference is being held.

Our thoughts are with all the victims and families of those on board #MH17, including those reportedly heading to Melbourne for #AIDS2014. 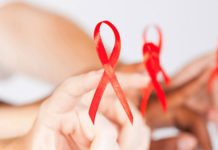 AIDS Epidemic By The Numbers: A Look At Where We Stand On The 26th Annual World AIDS Day 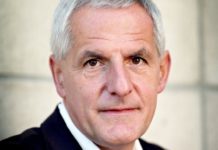