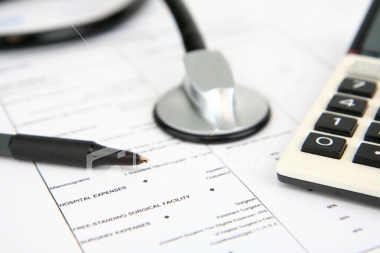 Take two 55-year-old, slightly overweight men with a niggle in their chest. One has private health insurance, and one does not. The man with private health insurance – let’s call him Simon – rings his doctor. They’re full up today, the receptionist tells him, but because he is a customer of their preferred insurance provider, they’ll fit him in. He won’t have to pay for the visit, thanks to an agreement between his insurer and the clinic.

Simon’s doctor checks him out and decides it’s nothing serious. But to be sure, he sends him down the corridor to have a scan, which will be billed straight to his insurer. The doctor suggests Simon might think about losing a bit of weight to prevent a real heart attack, and refers him to a dietitian. Again it’s the insurer that picks up the bill.

David, who doesn’t have private health insurance, also calls his doctor. He is told they can’t fit him in today.

The pain worsens, so David goes off to an after-hours GP clinic and pays $80. The ­doctor is relatively unconcerned, but writes David a referral for a scan the next day, which will cost $55 after Medicare rebates.

With money a bit tight this week, David, decides to forget about the scan. A year later, he has a heart attack.

Separate to the brouhaha over the a $7 patient GP co-payment, proposed by the Coalition and opposed by Labor, the Greens and the Palmer United Party’s Jacqui ­Lambie, a little-noticed revolution is under way in GP services. Health insurers are making inroads into the world of primary care, a move that would see them play a much broader role in the health of their clients.

By investing dollars up front in primary care and making contact with their policyholders at an earlier stage, insurers can have more control over what happens next. They can push for better health outcomes for their members earlier on, which will also save them on hospital claim costs in the long run. It might cost Simon’s insurer a few thousand dollars to get him a CT scan and a few visits to a dietician, but if that reduces the risk of him having a heart attack in ten years, the ­insurers will save tens of thousands. It may seem counterintuitive, but insurers see spending more in advance as their future. But some fear it effectively creates a two tiered healthcare system – high-care GP ­clinics for those with insurance, a lower care system for those without.

The trial by Medibank Private – the ­government-owned business in line for a ­$4 billion float before the end of the year and Australia’s largest health insurer by ­membership – is know as GP Access and it’s been under way since January. Medibank has done a deal with 26 clinics in Queensland owned by Sonic Healthcare, which guarantee its policyholders a same-day appointment if they call before 10am and agree not to charge any out-of-pocket costs. The scheme also offers an after-hours home GP visit within three hours, and some ­one-off health assessments for no cost.

Medibank managing director George Savvides recently told a Senate committee the trial was going gangbusters and would be rolled out nationwide. No doubt it has been a topic of conversation lately as Savvides has been meeting fund managers for the first time this week ahead of Medibank’s privatisation.

Medibank’s ambitions outside of ­insurance can be seen in its provision of occupational health services, telehealth counselling and primary care to the ­Australian Defence Force, while its close rival, Bupa, owns optical and dental centres.

Andrew Wilson, Medibank’s executive general manager for provider networks and integrated care, says: “That’s where we see the future of our business. The future of health insurance has really been holistic and doing more for our members than merely paying their bills when they go into hospitals.”

Federal Health Minister Peter Dutton, who has raised no objections to the trial, has expressed philosophical agreement with a greater involvement of insurers in primary care. By allowing insurers some access to primary care, he argues, they are alerted ­earlier to potential health problems and could intervene before they become serious, saving both the private health insurers and the federal government money.

But Medibank’s activities, and what they might bode for the future, have some ­influential stakeholders concerned – including, no less, than the Australian Medical Association’s new president, Brian Owler.

“There are a whole range of issues in equity of access that come up under that arrangement . . . Medibank Private and some of the other private health insurers obviously see this as an opportunity to gain market share in terms of their insurance products across the board,” Owler says.

“What we at the AMA are very intent on is maintaining the independence of the ­doctor-patient relationship. Our greatest fear with the involvement of private health insurance is interference in that relationship, that we [might] go down the US-style managed care system, where we have ­insurers determining what specialists you can be referred to, what tests you are and are not able to have, and what medications you should have.”

Concerns about creating a US-style system

The Greens also have objections. Their spokesman for health, and former doctor, Senator Richard Di Natale, calls GP Access the tip of an iceberg, where patients who can afford private health insurance are treated preferentially to those who can’t. He plans to introduce legislation to the Senate to ban it.

“It creates a two-tiered system, you move towards the US-style system. Medicare becomes a second-class safety net,” he says.

Until now, GP clinics and primary care have been considered off limits for the ­private health insurance sector. Under the Private Health Insurance Act, companies are prohibited from covering out-of-hospital services which are already applicable for Medicare rebates. But an increase in ­hospital claim costs and reportedly ­widespread downgrades in policy levels by customers affected by the introduction of means-testing on the private health ­insurance rebate have driven the sector to look for creative ways around the law.

Medibank is not directly paying the GPs in its trial for their services. Rather they have agreed to pick up a share of costs in return for the guarantees for their policyholders.

Di Natale argues this is against the spirit, if not the letter, of the law, which Medibank vehemently denies. Wilson says the insurer also seeks an undertaking from the GPs  they will not prioritise its customers over others.

“We are not seeking a two-tier health system, I think that is very clear” Wilson says. “At the end of the day, Medibank members are Australians and if we can do something to improve their healthcare then we see that as a very serious obligation on our part.” It is inevitable the insurance industry as a whole will move into primary care, he adds.

“If you’re a health insurer and you’re not serious about looking at how you can add more value for your members in primary care, I don’t believe you’re doing your job.”

HCF and Bupa have made similar, though smaller, forays into primary care. HCF runs a scheme called My Home Doctor, where about 1.2 million members have access to an out-of-hours, home-visiting, registered GP, without cost. Bupa, through a tie-up with Healthscope, offers its members guaranteed no-charge GP visits at some of its clinics.

Bupa’s managing director of Australian private health insurance, Dwayne Crombie, says the insurer has plans to open its own GP clinics in the future, as a provider. He says the company is being cautious, and wants to stay within the original spirit of Medicare arrangements.

“To some extent, since time immemorial, there has always been different access for people with different resources. I don’t think anybody wants a system where if you can’t afford to pay, you get denied access,” he says.

The expected $4 billion float of Medibank Private isn’t going to happen until late this year or early 2015; the Department of Finance on Friday released a request for retail brokers to pitch to sell the stock. If the insurer deems GP Access a success, the ­private health insurance industry might be quite different by the time investors put their hands out for Medibank Private shares.

For its part, the government is ­understood to be watching its outcome closely and is keeping mum on its plans.