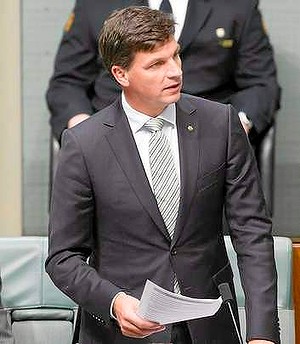 MP Angus Taylor told his constituents co-payments will not apply to those who cannot afford to pay. Photo: Michelle Burrell

A Liberal MP incorrectly told his constituents the Coalition’s proposed $7 Medicare co-payment would not apply to those who could not afford to pay it.

In an email about the budget sent to his electors on Sunday, the member for Hume, Angus Taylor, wrote: “GP co-payments will not apply to those who cannot afford to pay.” When asked by Fairfax Media what he meant by the statement, Mr Taylor, whose NSW seat includes the towns of Goulburn and Cowra, said GPs would retain “the option to bulk-bill for those most in need”.

While doctors would be allowed to waive the $7 fee under the Abbott government’s proposal, a doctor in a country area who did so would receive $14 less than they would for bulk-billing the same patient today. This is because the Medicare rebate for GP consultations would be cut by $5, and the current bulk-billing incentive payment, worth $9 in regional areas, would only be paid when the doctor collects the $7 fee.

The president of the Royal Australian College of General Practitioners, Liz Marles, said the government was shifting the cost of providing care for the vulnerable on to GPs.