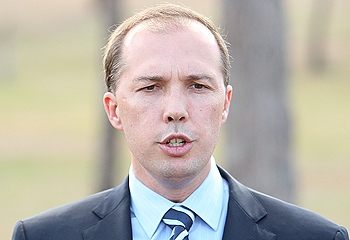 The $7 GP co-payment will only stop 1 per cent of people going to the doctor in its first year of operation and half that in its second, says Health Minister Peter Dutton.

The modelling quoted by Mr Dutton from the Department of Health undermines claims made by patient ­advocates that the co-payment would deter many people from seeking medical help when necessary.

But it also casts doubts on claims by the commission of audit that Australians visited the doctor too much and a price signal was necessary.

In a roundtable discussion, Mr ­Dutton said the government seriously considered a Commonwealth takeover of public hospitals before the budget but decided against it.

“My judgment was that wouldn’t have led to a more efficient outcome, that we would have had to contract back to the states to deliver the hospital services in any case.”

Mr Dutton said modelling showed overall Medicare expenditure on GP visits would continue to go up by 3 per cent even after the co-payment was introduced. Patient advocates and the Australian Medical Association have sounded the alarm on a reported drop-off in GP visits since budget night. But Mr Dutton said doctors could still choose to provide ­visits for free and many were promising to do so.

“The financial incentive is skewed away from bulk billing to charging a co-payment . . . what you have to be careful of is if the financial changes aren’t significant enough, providers will still provide bulk billing, and there will be civil disobedience in a sense which won’t result in the sort of changes we desire out of the announcements,” Mr Dutton said. “As I understand it some of them are texting out to their customer base saying, ‘We’ve looked at the numbers and we won’t be charging a co-payment next year.’ That will be a business decision for some.”

GE Healthcare chief executive Michael Ackland said he was concerned the co-payment on imaging services like MRIs could lead to providers charging far higher than the ­mandatory $7.

“Seventy-five per cent of those procedures are now bulk billed. Will the mechanics of a co-payment encourage those providers to say if you charge a co-payment anyway, we’ll add additional top-up fees on top of that?” he said.

Terry Barnes, former adviser to Tony Abbott as health minister and the architect of the co-payment proposal, said he shared concerns with the Consumers Health Forum on multiple co-payments being charged for one patient on GP visits, pathology tests and imaging.

“It could grow bigger than Topsy if it’s not managed but I’m sure the government’s got across that,” Mr Barnes said. One of his biggest frustrations during the budget and Expenditure Review Committee process, Mr Dutton said, was there was no up-to-date data on Medicare visits available.

He said the government was actively exploring models that would allow it to collect data in real-time, and also to introduce a “HICAPS-type” payment model for GP clinics.

HICAPS is a billing service that allows allied health providers like physiotherapists to immediately claim payments from private health funds and charge patients only the remaining gap.

Mr Dutton hinted some funding from the government’s $20 billion medical research future fund could be used to develop new and innovative models of primary care. He also hoped the funding would go some way toward finding a cure for Alzheimer’s disease.

Mr Dutton said his longer-term vision for the healthcare system was ending the “combat” between the Commonwealth and states in the health ­system, which led to a build-up of excess bureaucracy. But he said he does not envisage the Commonwealth giving up responsibility on primary care.

“I think that will remain forever as a national responsibility and I think that’s right. Similarly with the pharmaceutical benefits scheme and with aged care.”

Australian Healthcare and Hospitals Association chief executive Alison Verhoeven said split responsibilities were the most important issue in the health system and a holistic view was needed.