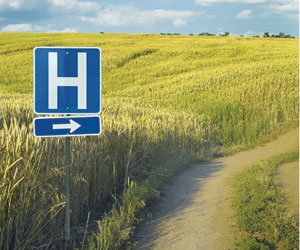 The Rural Doctors Association of Queensland (RDAQ) says the Medicare co-payment will have bad consequences in the bush.

Federal Treasurer Joe Hockey unveiled the Coalition Government’s first budget last night, with key budget measures including the introduction of a fee to see the doctor.

Patients will pay a $7 co-payment to visit the GP and have to pay more for medication through changes to the Pharmaceutical Benefits Scheme.

Hospital funding agreements, agreed with the states and territories under former Labor prime minister Kevin Rudd, are to be wound back from 2017, saving a massive $50 billion over eight years.

The Government will also save $1.7 billion over five years by pausing the Medicare benefits schedule for two years from this July, and the income thresholds for the Medicare levy surcharge and the private health insurance rebate.

RDAQ president Dr Sue Masel says she is especially concerned the $7 contribution could be levied on some hospital and ancillary services.

“Historically rural patients don’t come to the doctor unless they’re really sick in the first place,” she said.

“If you put another hurdle in the way of people accessing primary health care, they wait till they’re really sick or they avoid preventive health activities.

“The Government ends up paying for much more costly, more complicated, hospital treatment later on.”

The Federal Government says it will fund an extra 300 general practitioner positions but Dr Masel says cuts to health funding and training programs means many doctors could leave the bush.

“Most rural doctors work both at their rural hospital and in a general practice in their community,” she said.

“If in many cases patients unable to afford a GP consult seek treatment at the local hospital.

“This is going to create an increased workload which might suddenly make the provision of services in rural hospitals unattractive jobs.”

“I’m 70 years of age – I visit my doctors probably about six times a year and I think most pensioners would, so the safety net won’t even cut in,” he said.

“The problem about all of this of course is the safety net – the $7 dollar co-payment is going to pay for this research into diseases, so again, we’re doing the heavy lifting.”