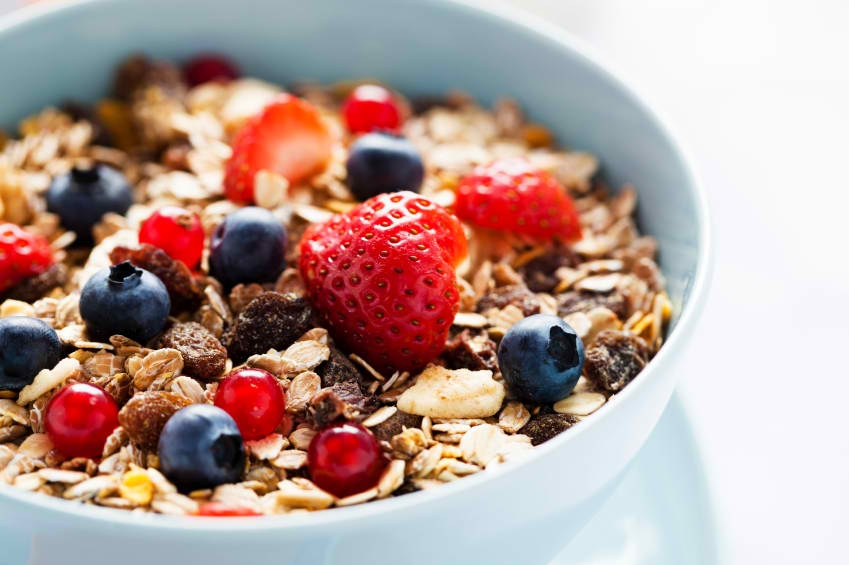 HEART attack survivors live longer if they have a high-fibre diet, a study has found.

Fibre in breakfast cereals could help survivors live for longer, the research suggests.

The research examined more than 4000 American heart attack survivors over a nine-year follow-up period, during which 682 women and 451 men died.

The study, published on bmj.com, saw the participants divided into five groups according to their fibre intake.

They also had a 13 per cent decreased risk of dying from heart disease.

Every 10g per day increase in fibre was associated with a 15 per cent lower risk of dying over the follow-up period, the researchers found.

When the authors examined the source of fibre – be it from fruit, vegetables or cereal – they found that higher cereal fibre consumption was associated with an increased chance of long-term survival after a heart attack than other sources of fibre.

“In addition, participants who increased their dietary fibre intake after MI had lower long-term rates of all-cause and cardiovascular mortality.

The NHS says that most people in the UK get about 14g of fibre a day but they should be aiming for at least 18g.

Commenting on the study, Victoria Taylor, senior dietitian at the British Heart Foundation, said: “High-fibre foods are a key part of a healthy balanced diet and this study suggests they may have a particular benefit for heart attack survivors.

“We can’t say for sure what caused the fibre benefit seen here. But we do know that, on average, we’re not getting enough fibre in our diets.

“Fibre comes from a range of foods including fruit and veg, beans and lentils and also from cereal products, which this study found to be particularly beneficial.

“To get more fibre, you can make simple swaps such as trading white bread for wholegrain versions or opting for higher fibre breakfast cereals like porridge or muesli.”