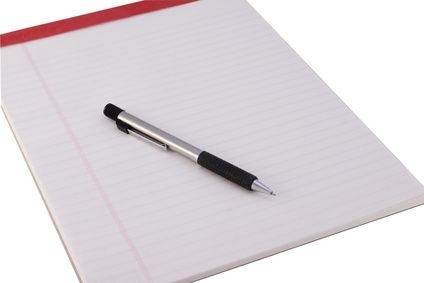 Letter written by the wife of a highly trained Cardiologist in Brisbane-Doctors are protesting for noble reasons and need your support. #qldpol #smoqld #keepourdoctors

Senior Medical Doctors have been serving our State’s public hospitals for years or decades and today Campbell Newman told them they could all be easily replaced by overseas doctors.

The doctors who are protesting these contracts are the ones who have chosen to remain in the public health system despite the fact they could earn more money working in private practice. They are protesting for noble reasons and need your support.

Many doctors have chosen to work solely for Queensland Health and not establish private practices at all. The public health doctors of QLD have already agreed to a paycut.

So this is NOT about money for these doctors. Many continue to work in the public health system out of a sense of giving back to the system that helped to train them, so they can help train the next generation of doctors.

Some do it because they wish to contribute to the research and development of new drugs and procedures through involvement in clinical trials.

Most doctors choose to work in the public hospitals so that they can provide their expertise and skills to ALL Queenslanders, not just the ones who can afford private health insurance.

Our QLD doctors are paid a salary for a 40 hour week and yet they leave home before the rest of us are eating breakfast and come home long after dinner has been served.

Queensland Health doctors are also rostered on-call which means they and their families are awakened at night by urgent phone calls seeking their expertise and skills.

These doctors give their blood, sweat and tears to a system that has always asked for more than it gives.

Queensland doctors are not working in a Public Hospital for the money….. They can walk away from all of this crap and their income would actually INCREASE simply by being able to spend more time at their private practices. These are the Queensland doctors who Campbell Newman said today are easily replaceable.
If you or a member of your family has a heart attack on Brisbane’s southside at 2am they would be in good hands if my husband was called in to perform their PCI.

He graduated from a 6 year Medical Degree at Queensland Uni with First Class Honours. He spent a further six years training in Cardiology. Then he did not one, but THREE voluntary Fellowships to hone his skills which added an extra 3 years of training to the previous 12 years of study and training he had already completed. These Fellowships were UNFUNDED positions that cost him money out of his own pocket.

He trained here in QLD, in Victoria and in Boston at The Mass General Hospital- a Harvard institution. Then he came back to QUEENSLAND to work in the Public Health system, to treat sick QUEENSLANDERS.

Replaced by overseas doctors not wanted by anyone else when we have such skilled doctors here simply asking for some job security and the right to choose their own treatments for their patients!

This is an emotional time for Queensland Doctors. The contracts they are being asked to sign means they would be forced to “consider the profitability of the hospital” when choosing treatments for patients.

They can be dismissed at any time under laws that were previously considered unlawful! The contracts mean their place of work and work hours can be changed at any time without consultation. Under these contracts their incomes are not secured and can change at any time.

Would you sign a contract that meant your income was not secure? These contracts mean the QLD Health MANAGERS get to dictate treatment plans for patients based on cost not on medical evidence.

Who do you want dictating your treatment options at your bedside at 2am- A specialised medical doctor or an administrator of QLD health?

These doctors are all too aware of the incompetence of QLD Health Managers and Administrators.

Patient care will definitely suffer. Our doctors are the advocates for our hospitals!

Lawrence Springborg is quoting figures in the media that are out of context and not reflective of the true doctor’s salary or working hours…. He is trying to make this look like greedy doctors who are rorting the system.

The mass resignation is not a threat from ‘arrogant’ doctors who think they are untouchable. It is the only option public doctors have been offered by Campbell Newman’s government that they can actually go through with.

Signing the contracts means certain doom for the very system that these doctors have worked so hard for all their working lives. 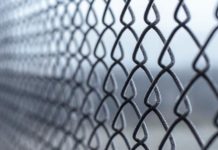 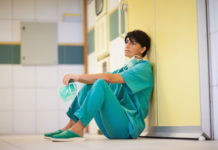 How your doctors’ job satisfaction affects the care you receive