The New York Times: No, There Won’t Be A Doctor Shortage
In just over a decade the United States will need 130,000 more doctors than medical schools are producing. So says the Association of American Medical Colleges, which warns of a doctor shortage that will drive up wait times, shorten office visits and make it harder for Americans to access the care they need (Scott Gottlieb and Ezekiel J. Emanuel, 12/4).

Los Angeles Times: The Righteousness In Hobby Lobby’s Cause
A little more than 20 years ago, Congress did something that, today, is hard to imagine. Lawmakers from both parties and across the political spectrum found common ground and passed, by a near-unanimous vote, the Religious Freedom Restoration Act, which firmly commits the federal government to protecting and promoting our “inalienable right” to freely exercise religion. As President Clinton remarked when he signed the legislation into law, “the power of God is such that even in the legislative process, miracles can happen” (Richard W. Garrett, 12/5).

Los Angeles Times: What Obama Should Do If He Wants Young People To Sign Up For Obamacare
Will young, healthy people sign up for Obamacare? That may be the single most important question for the success of the new insurance program. If young people sign up, the pool of customers will be relatively healthy and rates may stay reasonable. If they don’t, the pool could include a disproportionate number of sick people running up big bills, leading to potentially crippling rate increases (Doyle McManus, 12/4).

The Fiscal Times: Millenials Jump Ship Over Obamacare Bait And Switch
It took long enough for the demographic that will pay the most for Obamacare to finally figure it out. Now that the wealth transfer from younger and healthier adults to older sicker ones through Obama’s mandating of unneeded comprehensive insurance for the latter has become clear, millennials have not just steered clear of the health care exchanges — they’re steering clear of Barack Obama and the Democratic Party now, too (Edward Morrissey, 12/5).

JAMA: Lessons From The ACA Crash
The Affordable Care Act (ACA) had a rough October and November. First, the federal health insurance exchange website did not work as intended, making it virtually impossible for people who wanted coverage to sign up. … The failure of the ACA rollout has many ramifications, its effect on national politics being an obvious one. But there are substantive implications well beyond politics (David Cutler, 12/4).

The Washington Post’s Right Turn: Fix Your Own Mess, Democrats
Liberal pundits and Democratic lawmakers (easily confused with one another) have taken to arguing that the GOP is rooting for Obamacare to fail. And, moreover, they complain they aren’t helping to fix it. To the first I plead guilty and the second, I must ask: Are they mad? (Jennifer Rubin, 12/4).

The Washington Post’s Post Partisan: Why 29,000 Obamacare Sign Ups Are Nothing To Celebrate
Obamacare supporters are celebrating the news that 29,000 people signed up for Obamacare on Sunday and Monday — the first days since the re-launch of the healthcare.gov website. Calling it an “enrollment surge,” Obama officials gushed to Politico that this figure “surpasses the total for the whole month of October” and “provide the clearest evidence yet that the federal exchange is on the mend.” High fives all around! (Marc. A. Thiessen, 12/4).

The Washington Post: NIH Research Is Ailing From The Budget Squeeze
Francis S. Collins, director of the National Institutes of Health (NIH), has been distributing a chart that shows the success rate of grant applications to NIH for scientific research. While the rate was about 30 percent as recently as a decade ago, it has plunged to about 15 percent, which Dr. Collins says is the lowest in history. One reason for this is that more applicants are seeking funds, but the budget squeeze also is to blame. Dr. Collins is worried that the low success rate will cause young scientists and researchers to abandon the laboratory for other careers or to take their talents and ideas to other countries (12/4).

The Wall Street Journal’s Wonder Land: Obama’s Red-Line Presidency
What would you rather be: an American lost inside an Obamacare exchange or a Syrian rebel? No matter who gets touched by the helping hand of Barack Obama, the problem is not merely the broken promise but the chaos that follows the break. Start with Obamacare. When Mr. Obama addressed the nonperformance of healthcare.gov, here’s one of the things he said: “What we’re also discovering is that insurance is complicated to buy.” Come again? You’re discovering this? It sounds as if Obamacare was sprung over beer-and-pretzels by a bunch of guys watching hoops at the White House. The one group of people in the world who would believe this is how Obamacare came to life would be the Syrian rebels. They also got hit by a glitch (Daniel Henninger, 12/4).

The Fiscal Times: Will Obamacare Actually Make You Healthier?
According to a recent survey by the Commonwealth Fund, a health care think tank, “U.S. adults are significantly more likely than their counterparts to forgo health care because of the cost, to have difficulty paying for care even when they have insurance, and to deal with time-consuming insurance issues.” This may not be good news for policymakers and proponents of Obamacare. There’s little to suggest that the exchanges will reduce overall health care costs, trim paperwork or make insurance claim processing any easier (John F. Wasik, 12/4).

The New York Times: Opinionator: To Make Hospitals Less Deadly, A Dose Of Data
Going to the hospital is supposed to be good for you. But in an alarming number of cases, it isn’t. And often it’s fatal. In fact it is the most dangerous thing most people will do. Until very recently, health care experts believed that preventable hospital error caused some 98,000 deaths a year in the United States — a figure based on 1984 data (Rosenberg, 12/4).

St. Louis Beacon: Democracy In A World Without Facts: A Look At Health Care And Guns
Some years ago at a scientific meeting in Sweden, a conversation with a local resident veered toward gun policy in the United States. You have tens of thousands of gun deaths annually, my companion intoned, and the trend is to make guns easier to access so more people can have them! This was not a casual assertion that U.S. gun policy is imperfect. It was not an invitation to explore alternatives (Ken Schechtman, 12/4). 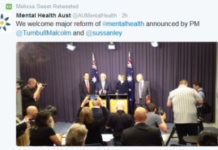 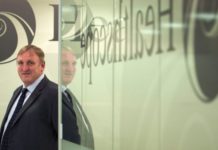