A researcher at the Cardiovascular Institute (CVI) at Rhode Island, The Miriam and Newport hospitals has found a link to human heart failure that if blocked, may reduce the risk of sudden cardiac death. The paper, written by Samuel C. Dudley, M.D., Ph.D., chief of cardiology at the CVI, is published in the journal Circulation: Arrhythmia and Electrophysiology.

Sudden cardiac death (SCD) is an unexpected death caused by loss of heart function, or sudden cardiac arrest. It is the most common cause of natural death in the U.S., resulting in approximately 325,000 adult deaths in the U.S. each year.

The study found that the unfolded protein response (UPR), a condition usually associated with viral infections, diabetes and obesity, is activated in human heart failure and can increase the risk of sudden cardiac death. The UPR Is a cell defense system designed to shut down protein synthesis and respond when the cell makes defective or foreign proteins. This prevents cell death as a result of accumulation of a large number of defective or unwanted proteins. Previously, it was unknown that the UPR is also active in heart failure and may explain the loss of many useful proteins in this condition.

“Half of all patients who suffer from abnormal heart beats will die from heart failure,” said Dudley, the study’s principal investigator. “While we still don’t know exactly what causes this electrical instability in the heart, we do know that it leads to abnormal heart beats and can increase the risk of sudden cardiac death.”

Sudden cardiac arrest, which can lead to SCD, is often confused with heart attack. Heart attacks occur when there is a blockage in one or more of the arteries to the heart, preventing the heart from receiving blood. Whereas sudden cardiac arrest occurs when the electrical system to the heart malfunctions and the heart beat suddenly becomes very irregular, and very fast, preventing blood from flowing to the brain and elsewhere in the body. This often results in a loss of consciousness, and eventually death if not treated quickly. 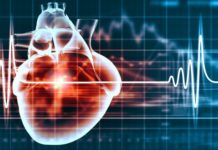 Cardiac Arrest: The Hidden Warning Signs That Could Save Your Life