A team of Montr-al researchers at the IRCM led by Dr. Nabil G. Seidah, in collaboration with Dr. William C. Wetsel’s team at Duke University in the United States, discovered that the protein PC7 plays a critical role in the brain by affecting certain types of cognitive performance such as anxiety, learning and emotional memory. Their results, recently published in the scientific journals Proceedings of the National Academy of Sciences (PNAS) and Nature, could have a significant impact on regulating behaviour related to anxiety disorders and trauma.

The scientists found that PC7, the seventh member of the proprotein convertase family responsible for converting inactive proteins into their active states, plays a critical role in specific areas of the brain such as the hippocampus and amygdala, which are important for memory and emotional reactions and are involved in anxiety responses.

“We discovered the family of proprotein convertases in my laboratory and, since 1996, we have been carefully studying its most ancient member, PC7,” says Dr. Seidah, Director of the Biochemical Neuroendocrinology research unit at the IRCM. “Initially, we could not find any visible abnormalities in mice lacking this protein. Then, after four years of research on these knockout mice, we found that they had completely lost all anxiety, including the instinctive reaction that occurs in response to a perceived threat to survival.”

The results of various behavioural tests in mice lacking PC7 revealed that while spatial memory remained intact, episodic and emotional memories were severely impaired. Episodic memory, the recollection of past events or experiences, can trigger a change in behaviour as a result of an event.

“We examined episodic memory with such tests as the social transmission of food preference (STFP),” explains Dr. Wetsel, Associate Professor at the Duke Institute for Brain Sciences and first author of the study. “To monitor STFP, a demonstrator mouse, after eating a flavoured diet, was returned to its home cage to interact with its cage-mates. The cage-mates were later tested for their preference between the demonstrator and a novel-flavoured diet. Mice lacking PC7 did not seem to prefer the demonstrator diet, which is a significant indication of their reduced ability to detect and remember olfactory cues on the breath and whiskers of the demonstrator during their social interaction in the home cage.”

The article published in PNAS shows that mice lacking PC7 also had lower levels of a protein called BDNF, a member of the neurotrophin family, which is composed of proteins that regulate the development, function, and survival of neurons. BDNF is active in the hippocampus and amygdala, and is important for emotional and long-term memory, as well as learning and higher thinking.

“The reduced levels of active BDNF partly explain why the mice exhibited learning and memory impairments,” says Dr. Seidah. “Furthermore, when we treated mice with DHF, a chemical that binds to BDNF receptors, we found that BDNF levels were increased and behaviour was normalized,” adds Dr. Wetsel.

The results of a second study, published in Nature, demonstrate that a lack of PC7 also results in an excess of dopamine in the brain. Dopamine plays important roles in motivation, cognition and reward, and the dopamine system is associated with several neurological and psychiatric conditions. In this study, bioinformatician J-r-my Besnard from the University of Dundee in the United Kingdom transformed the structure of existing pharmaceutical drugs, already proven to be safe, so they could be used to treat new diseases. He tested his new approach by modifying a drug used against Alzheimer’s disease in order to block the action of dopamine in the brain.

“We tested the effects of this new drug on mice lacking PC7, and found it to be successful in reducing the levels of dopamine, which proves that a lack of PC7 in fact results in an excess of dopamine in the brain,” says Dr. Seidah.

“Collectively, these findings indicate that deletion of PC7 in mice could have substantial effects on certain types of cognitive performance,” concludes Dr. Seidah. “We believe that a drug targeting PC7 could increase levels of dopamine and BDNF in the brain, thereby normalizing behaviour. This discovery could be very significant for a number of conditions related to anxiety and trauma, such as bipolar disorder and posttraumatic stress disorder.” 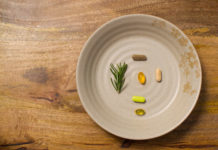 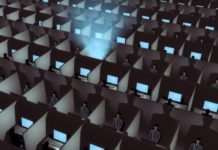 Health Check: Stressed at work? How to beat common traps in the rat race 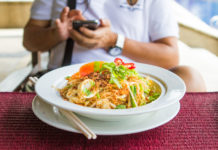 Game your way to weight loss, thanks to new research