Age-related cognitive decline and changes in the nervous system are closely linked, but up until recently, they were thought to result from the loss of neurons in areas such as the prefrontal cortex, the part of the brain important in working memory. A series of papers have shown that the “loss of neurons” concept is simply not true. Now, Mount Sinai scientists have begun to look elsewhere, focusing instead on synaptic health in the prefrontal cortex. Their work, published online in the December 2 issue of the peer-reviewed journal Proceedings of the National Academy of Sciences, shows that synaptic health in the brain is closely linked to cognitive decline. Further, the scientists show that estrogen restores synaptic health and also improves working memory.

“We are increasingly convinced that maintenance of synaptic health as we age, rather than rescuing cognition later, is critically important in preventing age-related cognitive decline and Alzheimer’s disease,” said the study’s senior author, John Morrison, PhD, and Dean of Basic Sciences and Professor of the Fishberg Department of Neuroscience and the Friedman Brain Institute, at the Icahn School of Medicine at Mount Sinai.

“We were excited to see that the occurrence of these donut-shaped mitochondria could be reversed with estrogen, which has known antioxidant effects,” said Yuko Hara, PhD, the lead researcher, and Assistant Professor in the Fishberg Department of Neurosciences, at the Icahn School of Medicine at Mount Sinai.

The researchers studied 29 young and aged rhesus monkeys that were trained to perform a test of working memory referred to as the Delayed Response Test. Next, they examined prefrontal cortex mitochondria, specifically those that supply energy to the synapses, and their role in working memory. Working memory requires the energy-demanding activation of nerve cells in the prefrontal cortex through the complex arrangement of the synapses that interconnect nerve cells. 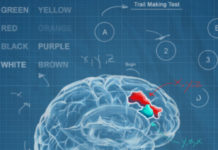 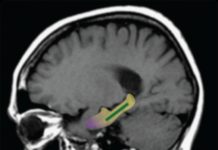