Peripheral arterial disease (PAD) can cause critical limb ischemia that is treated with amputation, and while there is much spending on interventions to try to prevent amputations, higher spending does not necessarily mean lower amputation rates, according to a study by Philip P. Goodney, M.D., M.S., of the Dartmouth-Hitchcock Medical Center, Lebanon, N.H., and colleagues.

In recent years, vascular care aimed at preventing amputation has become increasingly expensive due to the rise in use of less invasive techniques, according to the study background.

Researchers studied 18,463 U.S. Medicare patients who underwent major PAD- related amputations from 2003 to 2010 and examined the association between regional spending on vascular care (in the year before lower extremity amputation) and amputation rates in those regions.

According to study results, the average cost of inpatient care in the year before amputation for revascularization, including costs related to the amputation procedure, was $22,405. But those costs varied from $11,077 (Bismarck, N.D.) to $42, 613 (Salinas, Calif.). The regions that performed the most endovascular interventions were also the mostly likely to have high spending and high amputation rates.

“Medicare spending on patients with severe PAD varies more than two-fold across the United States and the regions where spending is the highest perform the most revascularization procedures in the year prior to amputation,” the study concludes. “And although our prior work suggests that access to revascularization is a key component in preventing amputation, our current analysis offers little evidence to suggest that more expensive vascular care offers a marginal advantage over less expensive vascular interventions.” 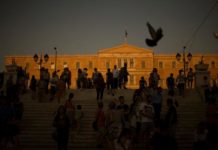 Greece Is On The Verge Of A Health Catastrophe 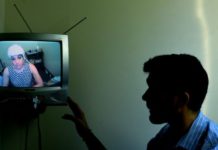 Change my brain: could these stimulation techniques treat depression and make us smarter?