New figures released by the British Lung Foundation (BLF) show that around 185,000 children between the ages of 11-15 in England are exposed to potentially toxic concentrations of second-hand smoke in their family car every day or most days.[1] That’s the equivalent of more than 6,100 classrooms full of children [2] or the entire population of Bournemouth.[3]

The data analysis also showed that over 430,000 children aged 11-15 in England are exposed to second-hand smoke in their family cars at least once a week. When travelling in someone else’s car more than 61,000 are exposed every day or most days and 215,000 every week. Statistics are not available for children younger than 11.

The figures, calculated using 2012 data from the Health and Social Care Information Centre and Office of National Statistics, highlight the sheer number of children still regularly exposed to passive smoke while travelling in cars, emphasising the urgent need for a ban on smoking in cars carrying children. They come with the House of Lords due to debate a ban on smoking in cars when children are present this week, as part of an amendment to the Children and Families Bill.

Second-hand smoke can have a detrimental effect on children’s health, especially in the small enclosed confines of a car, where toxic concentrations can accumulate even with the window down or the air-conditioning on.[4] Children often have little choice about how they travel and are more vulnerable to the dangers of second-hand smoke than adults due to their faster breathing, smaller lungs and less developed immune systems.

“These shocking new figures clearly highlight the extent to which children are still being exposed to second-hand smoke when travelling in a car. And given these data only cover children aged between 11 and 15, it is possible that the total number of children affected on a weekly basis could be in excess of half a million.

“Since the BLF began its campaign in 2010, we’ve had overwhelming support – including the House of Lords who have previously voted in favour of a ban. We hope that these findings will further encourage them to show their support”.

Baroness Tyler, who is calling for a ban on smoking in cars with children, said:

“With nearly 185,000 children being exposed to passive smoke when travelling in a family car on most days, a case for a ban is now indisputable. Furthermore, we know that many children are too frightened or uncomfortable to ask adults to stop smoking when they are in a car.

“Adults are protected from second-hand smoke in public places and in work vehicles. This amendment is fundamental to child protection and must be passed in the Lords if we are to help shape a healthy future for this generation of children”. 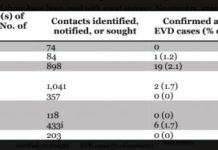 “One year after Ebola” – and what have we learnt? #LongRead 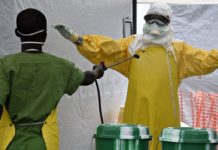 A teenage girl bled to death over two days: Ebola nurses describe life and death on the frontline