Chronic obstructive pulmonary disease – a health problem in which the lungs lose their inherent springiness, making it progressively harder to breathe – can have a dramatic effect on the ability to exercise and even perform simple activities of daily life because of the disease’s fallout effects on skeletal muscles. Several factors have been implicated in these muscle problems. These include loss of fitness from inactivity, problems with the part of cells that convert fuel to energy caused by the COPD itself, and oxidative stress, a phenomenon in which cells and tissues become damaged by unstable molecules called free radicals that harm other molecules in domino-like chain reactions. Some research suggests that easing oxidative stress could improve skeletal muscle function.

To test this idea, researchers led by Matthew J. Rossman of the George E. Whalen VA Medical Center and the University of Utah gave COPD patients intravenous (IV) infusions of vitamin C, a powerful antioxidant that can combat oxidative stress, or saline as a placebo before the patients performed knee extension exercises and underwent neuromuscular function tests. Their findings show that IV infusions of vitamin C can improve skeletal muscle fatigue in COPD patients, further implicating the role of oxidative stress in the skeletal muscle problems that accompany this disease.

The article is entitled “Ascorbate Infusion Increases Skeletal Muscle Fatigue Resistance in Patients with Chronic Obstructive Pulmonary Disease”. It appears in the online edition of the American Journal of Physiology-Regulatory, Integrative and Comparative Physiology, published by the American Physiological Society.

Importance of the Findings

These findings suggest that IV infusions of antioxidants, such as vitamin C, can curb the skeletal muscle fatigue that plagues COPD patients. They also provide further evidence that oxidative stress plays a critical role in the skeletal muscle dysfunction that many COPD patients experience. They suggest that antioxidants could eventually be used as a treatment for these problems.

“Targeting oxidative stress with some form of antioxidant therapy in a clinical setting may represent an important therapeutic avenue for patients with COPD,” they write. 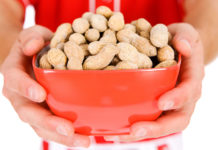 Eating Peanuts May Reduce Your Risk Of Dying From Heart Disease 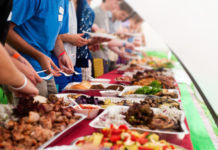