A new study from the Ostrow School of Dentistry published in Cell Stem Cell illustrates how changes in cell signaling can cause ordinary stem cells in the jaw to start forming benign but potentially harmful tumors.

Principal investigator Songtao Shi, professor at the Ostrow School of Dentistry Center for Craniofacial Molecular Biology, says ossifying fibromas, the tumors focused on in the study, are benign but can grow aggressively and cause progressive enlargement of the jaw.

“The only treatment option for ossifying fibromas is surgical, which leads to major loss of vital tissues and challenging post-surgical reconstruction,” Shi says. “Quality of life is largely compromised. Thus, there is an urgent need to understand the underlying mechanism by which stem cells may contribute to the pathophysiology of orofacial benign tumors and to develop target-specific treatment.”

Shi and his collaborators uncovered a cellular signaling pathway that converts healthy mesenchymal stem cells in the jaw into ossifying fibroma mesenchymal stem cells (OFMSC), lessening their ability to make healthy bone tissue and greatly increasing the rate at which they multiply. The tumor stem cells display increased signaling activity with TGF-beta (TGF-b), a signaling protein already shown to be heavily tied to other craniofacial malformations.

While there is still much more investigation needed, Shi says hopes that the findings have shed light on a way to stop the harmful growth of the tumors before risky surgery is needed.

“With an increased understanding of the mechanism of OFMSC, we can induce them to turn into normal jawbone MSC,” he says. “But before we can put this into clinical use, more translational research is needed.” 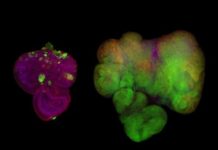 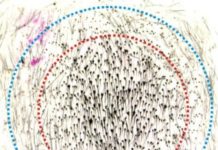 How cancer turns good cells to the dark side