The findings presented at EHA for patients with MCL or DLBCL expand on the results reported by investigators last year at the American Society of Hematology Congress in December 2012. Ibrutinib was shown to achieve the following key results among patients with relapsed/refractory MCL:

Professor Simon Rule, Consultant Haematologist in the Department of Haematology at the Derriford Hospital in Plymouth, United Kingdom, presented the results of this study at the EHA Congress today. He explained, “To see these results from a single agent among MCL patients is quite significant and very promising. The fact that response rates continued to increase over time, with no new safety signals, is particularly reassuring.”

In the second study among relapsed/refractory DLBCL patients, investigators examined whether ibrutinib would be more active in the Activated B-cell-like (ABC) subtype of DLBCL compared to the Germinal Center B-cell-like (GCB) subtype. The ABC subtype of DLBCL is dependent on the B-cell antigen receptor (BCR) pathway, of which BTK is a key element. Ibrutinib selectively inhibits BTK, with the aim of inhibiting malignant B-cell growth and proliferation. Results of this study show that:

“These results indicated that ibrutinib monotherapy was an effective treatment for some study patients who had ABC-subtype DLBCL,” noted presenting investigator Sven de Vos, M.D., Ph.D., Associate Professor in the Department of Medicine at the UCLA Medical Center, Los Angeles, U.S.A., who presented the results at the EHA Congress today. “Given that patients with the ABC-subtype of DLBCL are difficult to treat, these results are very promising.” 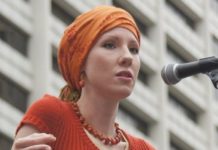